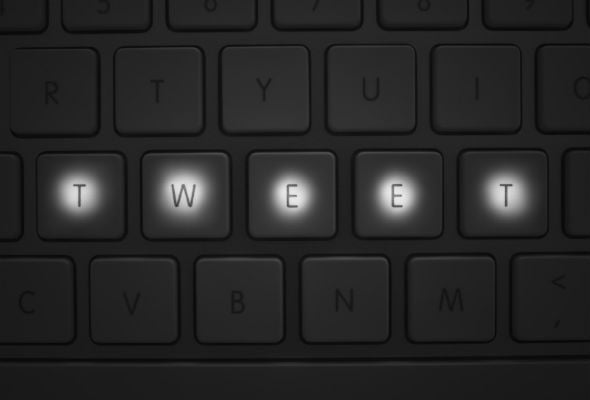 The growth of Twitter has been nothing short of miraculous. In the six years since Twitter was born the site now has 500 million users sending over 33 billion tweets a day. Eleven twitter accounts are created every second – that’s one million new accounts per day. And all these figures mean value. Twitter’s projected ad revenue in 2012 is $259 million – the projected revenue for 2014 is $540 million.

So whether you’re new to Twitter or a seasoned pro, we’re listing the top tweeters in the Gulf. We made our selection based on both the Klout a user has – that’s their level of influence on Twitter – and the number of followers. All numbers were correct at the time of writing:

This may be a surprise at the top spot for some but Al-Ouda is a Gulf-tweeting phenomenon. A Saudi cleric and Muslim scholar, he is a director of the Arabic edition of Islam Today and appears on a number of TV shows. As well as authoring newspaper articles and famously once writing an open letter to Osama Bin Laden, Al-Ouda is also a member of the International Union for Muslim Scholars and is on its Board of Trustees. His colossal number of followers rivals that of pop singers and movie stars.

Official tweets by the ruler of Dubai are always going to be popular. Used to voice Sheikh Mohammed’s thoughts and news on the latest developments and community programmes he oversees, if you live in Dubai this account should be an automatic follow.

Described as a commentator on Arab affairs, Al-Qassemi is the go-to-account to find out the latest news on all things political across the region. He may have a few thousand less followers than the people immediately beneath him, but his huge Klout score cements his place. In his element during the recent Egyptian elections, Al-Qassemi tweeted hundreds of times a day.

Wife of HRH Prince Alwaleed Bin Talal, Princess Ameerah is a world-renowned philanthropist and supports a wide range of humanitarian issues. A mixture of personal and charity-related tweets, the princess has refined the skill of raising awareness via her thousands of Twitter followers.

A senior member of the Saudi royal family, Prince Talal was appointed Minister of Communications in the mid-1900s – perhaps both surprising and unsurprising then that he’s mastered this century’s latest form of communicating.

Generation Z: How should brands target and engage them?

Amazon to let employees work from home through June 2021

Social space: A roundup of all the GCC social media news in September