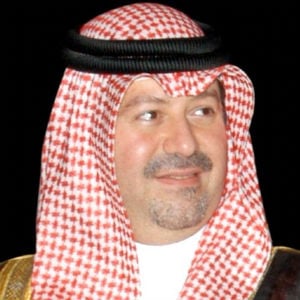 If the post-crisis performance of the National Commercial Bank (NCB) is any kind of barometer for the Saudi Arabian economy at large, then there’s plenty of reason for the Gulf’s wealthiest country to be upbeat.

NCB, known in Arabic as Al Ahli, leapt out of the global recession and returned to growth as its competitors battled shrinking profits margins, liquidity levels and market share.

With assets worth SAR282.4 billion ($75.3 billion), NCB is the biggest financial institution in Saudi and the second biggest in the Middle East, behind Emirates NBD. Last year, NCB trounced its Dubai-based rival, posting $623 million more in profits.

In control of this raging bull is Abdulkareem Abu Alnasr, NCB’s CEO, a veteran business leader in the region and a man known for his risk management, prudence and determination. Having held the CEO post since January 2006, Alnasr was applauded for cautiously guiding the banking group into the worst recession in memory, and successfully re-emerging bigger and stronger.

He’s held among the 50 most influential bankers worldwide and in January was named Saudi’s banker of the year.

Within banking circles, Alnasr is also known for his straight-talking on hot button issues in the Gulf. None more so than the Algosaibi-Saad scandal, which threatened to derail a swift economic recovery for Saudi and the region.

“It turned out to be one of the lessons we’ve learned from the crisis: a clear need for tighter credit standards and disclosure requirements,” he said. “Saudi banks have learned from this very well and globally financial institutions re-measured their risks. The level of comfort to underwrite credit has been significantly changed.”

The dispute between Algosaibi and the founder of Saad Group, Maan al-Sanea, marked the largest default in the Kingdom to come out of the financial crisis. Units of the two family groups borrowed at least $15.7 billion from more than 80 regional and international banks.

Ahmad Hamad Algosaibi & Brothers Co. may owe NCB SAR1.5 billion, according to filings by the lender to Saudi’s Committee for the Settlement of Banking Disputes.

But reports that the scandal came about partly because of the risks associated with so-called ‘name-lending’, especially among local Saudi institutions, is nonsense, said Alnasr.

“I disagree with the concept of name-lending, and that it’s suddenly stopped in light of Algosaibi and Saad. The Saudi economy is dominated by family businesses, and it’s the same across the Gulf and many emerging markets. If a bank does business with a family business it’s not name-lending. The notion that banks were writing cheques just because of the name is not true.

“In the years leading up to the financial crisis there was a flood of international entrants into Saudi and the Gulf generally, a change that brought a lot of unforeseen risks. The exposure to Algosaibi and Saad was not just from Saudi banks, rather a whole host of the world’s largest institutions. When they lent to these two groups it wasn’t called name-lending, so it shouldn’t be when it involves a bank within the Kingdom.

He added: “Name-lending gives the indication that it was only Saudi banks dealing with these entities and that’s false. We all just didn’t know what we didn’t know.”

Algosaibi and Saad are still facing court battles across the globe to fend off international creditor banks.

Alnasr said this scandal was one symptom of a much deeper set of problems that existed in the global banking industry; problems, such as poor liquidity and risk management, that the downturn enflamed. As such, he warned banks that financial watchdogs would rule with an even stronger iron fist from now on.

“Globally, I expect a tougher stance from regulators this year. But I’m not surprised they’re taking tougher measures given what the world has been through, the least of which was excessive leverage, inadequate capitalization and exposure to toxic assets in the large global institutions.

“Fortunately, banks in Saudi have been relatively well capitalized and there’s not been the over-leveraging seen elsewhere. The average capital adequacy ratio of the banking sector in Saudi is 16 per cent. Regulations from Basel III will emphasize liquidity so it’s not a massive challenge for banks in the Kingdom since they are already very liquid,” Alnasr said.

Basel III requires seven per cent tier one capital, but according to NCB documents, the bank has 17 per cent. Plus, its loan-to-deposit ratio is very strong at 60 per cent.

Regulations have been tightened across the region as a continued high-level of non-performing loans blight bank profit margins. For instance, bad loans at UAE banks increased 36 per cent to Dh44.3 billion last year compared to Dh32.6 billion in 2009, according to the country’s Central Bank.

Yet, Saudi – and NCB in particular – has deftly avoided the worst of the bad debt, said Alnasr, but regulators are not loosening their grip any time soon.

The Governor of SAMA said all the banks are expected to maintain non-performing loan coverage of 100 per cent.

Coverage at NCB stands at 117 per cent, so we have an added 17 per cent cushion to strengthen our balance sheet.

Non-performing loans across Saudi are still relatively low compared to other parts of the region, around four to five per cent.

“There is a strong appetite for lending thanks mainly to the government’s stimulus package and budget numbers for key areas like education, infrastructure and hospitals. For instance, NCB has grown its loans by 12 per cent in 2010,” he added.

According to NCB data bank lending in Saudi recovered by 5.2 per cent last year after a fall in 2009 and is expected to continue its climb through this year, as confidence and economic performance picks up.

Meanwhile, NCB has been riding a crest of a wave of repatriated cash, according to Alnasr, as Saudi-based investors – spooked by the recent years’ turmoil in international markets – divert funds home.

As a result of customers moving investments back to Saudi, the bank’s deposit levels have swollen 13 per cent year-on-year, he said.

“Saudi investors were impacted by the general volatility in global markets in recent years along with the challenges that international banks faced. However, during this time there is also been a flight to quality that has seen investors reach for institutions they trust. NCB has been a benefactor of this trend,” said Alnasr.

Clearly, some of this money will eventually seek global destinations as improvements in markets abroad are made, but for now NCB is enjoying the fruits of a healthier balance sheet.

The increased demand has led Alnasr to build out his asset management and brokerage division in recent months, including a large investment in headcount.

He added: “We’ll also be hiring within corporate banking as we believe the drive to modernize infrastructure and projects in the Kingdom will raise demand. The same goes for project finance and wealth management recruitment.”

In a bid not to miss the ‘next big thing’, regional and international banks have set out ambitious expansion plans for Saudi in recent months. The Saudi operation of Dubai’s Shuaa Capital has grown throughout 2010, and the bank says it “continues to represent a key part of the group’s growth plans for 2011”.

In September, Barclays said it was set to recruit around 30 people as it formally kick-started its Saudi operation by offering investment banking and wealth management services in the Kingdom. Similar growth plans have been announced by the likes of JP Morgan and Deutsche Bank in the latter part of 2010.

Alnasr seems unfazed by the new competition: “I’ve read about the expansion plans of the big investment banks into Saudi but I don’t see them materializing in such a dramatic way. That being said, there will be banks that will have a stronger presence this year in the Kingdom.

“The players that have survived the aftermath of the financial crisis and who are interested in the region are looking to come to Saudi for sure. But the shift will be less pronounced than the flood that some are predicting.”

For all the positives to come out of the recession for Saudi, there are a number of fundamental socio-economic headaches that refuse to recede. Most notably, are the threats of run-away inflation and the menace of a rapidly growing young population.

Analysts worry that a global rise in food prices this year may drive up inflation in the imports-reliant Kingdom. Meanwhile, a rising unemployed youth could cripple the economy, let alone pose some questions about social unrest.

“The issue of a growing young population is a structural issue and not a new thing and not something to be solved just in 2011. The long-term challenge we face is to create enough jobs to sustain the growing demographic.

“More short term, there are questions regarding inflation, which seems to be edging up and is being driven by the rise in commodity prices and domestically a rise in things like rent prices. It’s a concern in most of the emerging markets that are growing faster than the mature economies.

He added: “Inflation in Saudi is 5.5 per cent now but it’s likely to stay in the range of six per cent in 2011. If it crosses the seven per cent threshold I’d expect some intervention from regulatory authorities.”

As a weather mast for the Saudi economy, NCB offers an optimistic outlook for the rest of 2011. Early detection of risk and careful cash and resource management have seen Alnasr and the bank through the worst recession in history. And as the much-sought-after economic recovery gathers momentum, NCB will hope to add to the long-term positioning of Saudi in the wider Gulf region.