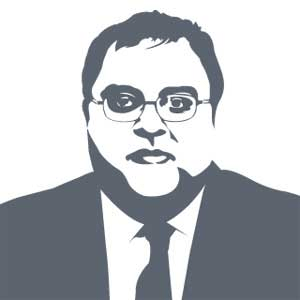 No niche of Gulf finance has seen as spectacular a reversal of fortunes as private equity, an asset class that was nonexistent a decade ago. An industry built upon twin bubbles in the equity and property market, some of the most absurdly valued IPO’s on the planet and new issue mania as the equity culture turned into dreams of instant riches among capital market illiterate investors, no less than 130 mostly Mom Pop new funds and $25 billion dollar in limited partner commitments has had a brutal fall from grace since 2008. GCC private equity no faces a Darwinian competitive shakeout and a protracted bear market.

The systemic risk in GCC private equity funds was grossly underestimated by investors who assumed that the region’s equity and property bubbles would last forever. In 2008, I was stunned to see regional investors still allocating almost $6 billion to an asset class whose investment case seemed to have already vaporized. Why? One, as oil prices plunged from $148 to $40 in six months, it was obvious that the Gulf would face a decline in growth rates, a credit crunch and an outflow of offshore speculative capital.

Two, a brutal bear market in GCC equities gutted investor appetites for IPO’s, a classic vehicle for private equity exits. Three, an accounting and fraud scandal in a private equity financed, listed jewelry chain raised disturbing issues about the low calibre of regulation, disclosure and due diligence in the region. Four, several sovereign state owned private equity funds were forced to sell dismember empires to repay debt or meet bank margin calls. Five, regional L.P’s reneged on capital call commitments en masse as they faced the worst cash squeeze the region has faced since the banking property meltdowns of the mid 1980’s. Fundraising and exits were the obvious victims of the new macro zeitgeist.

Five, the Arab spring destroyed the case for a MENA paradigm in investing. Political risk in Egypt meant financial disaster for many private equity financed companies and a bear market in the Arab world’s ultimate growth market. The collapse of the Turkish lira and the Pakistani rupee, down 30-40% since 2008 for dollar investors, has dramatically reduced the potential IRR of Gulf funds who invested in these two key MENA countries. Six, the banking system’s woes in the GCC since 2008 meant acquisition debt finance has become even more expensive and many Western banks have slashed credit lines in the region. Seven, the industry’s dependence on merchant family L.P’s has been amplified by the credit crunch faced by their clients as GCC banks slashed corporate loan facilities even as the property asset values plummeted by 60-80% off their peak.

Private equity even on Wall Street is gripped in a secular bear market. Blackstone, arguably history’s largest, most successful private equity empire, lost 85% of its value after its flotation in New York at the height of the credit bubble in 2007. Strangely enough, valuation multiples (demanded by sellers, not actually paid by buyers. There is a deal ice age now) nowhere near reflect public market comparable where even a major public bank like Emirates NBD trades at 6 times earnings and a 40% discount to book value. The bear markets in GCC and emerging markets mean high priced IPO’s and even trade sales are no longer possible. Funds must meanwhile finance loss making companies in places like Egypt and cut bloated costs in countries hit by the Arab Spring. Fund raising for new funds is virtually impossible. L.P family offices reneged on capital calls. Valuation multiples are nowhere near rock bottom in both the public and private markets. The bear market in MENA private equity will continue.