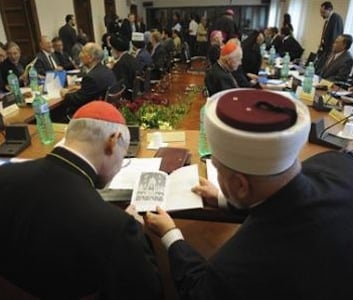 As individuals that hold the key to unlocking an industry that could soon be worth $5 trillion, Islamic finance scholars have traditionally opted for a rather informal approach.

Over the last decade, the potential wealth locked up in Gulf has encouraged international banks to enter Islamic finance in their droves. And when launching islamic products, these financial institutions have called on scholars to authorise their products as Shari’ah compliant.

The handful of well-known scholars that operate in the region have become keenly sought by banks for their Islamic legitimacy.

In the search for a ‘fatwa’ (or seal of approval for an Islamic product) bankers would call around until they found a scholar that would oblige. It was dubbed ‘fatwa shopping’, and scholars built a reputation for running around with briefcases and a cell phone issuing decrees left right and centre.

This is starting to change though according to Islamic finance analysts, who have seen Islamic scholars begin to formalise their operations and often mimic the Western conventional models of doing business.

Ayman Khaleq, an Islamic finance specialist at law firm Vinson & Elkins, said: “They are setting up more on an institutional basis, so they have an office, with junior associates that can help in their absence.

“Banks like to know where a Shari’ah scholar is if he’s not at his desk. Before, you had a hotmail or gmail account and a mobile number, and you just hoped he answered.”

Khaleq said in recent years there had been a groundswell of demand from finance professionals, especially at Islamic banking meetings and conferences in the Gulf, for scholars to change. “Institutional investors are not used to the ‘lone ranger’ approach and need more of the institutional model that they’re familiar with in their dealings with law firms and accountants.”

Bankers have complained in the past that until the credit crunch the scarcity of Shari’ah scholars was the biggest drag on growth of the Islamic finance industry. But, despite this, the number of scholars qualified to pass judgment on products has remained low.

The islamic finance industry could reach $5 trillion by 2015, up from $1 trillion currently, according to the latest forecasts by Moody’s investors service. This is three times the size of China’s mutual fund asset base.

The fact that there is no formally accepted definition of Islamic finance poses the biggest threat to this growth.

This is less of a problem for Islamic banks in the Middle East, which are obliged to have a Shari’ah supervisory board to approve or ban transactions, products and services.

They often depend on an even narrower clique of about a dozen or so ‘brand name’ scholars who usually chair their Shari’ah boards. Jawdat Al-Halabi, CEO of Jeddah- based NCB Capital, the largest Islamic wealth manager in the Middle East, said the bank’s Shari’ah board looks into all products that go out and tests them for authenticity on a regular basis.

“You do have different interpretations from scholars in different countries, even within Saudi Arabia. But there’s enough commonality in most of the structures and products.

“When you’re innovating and exploring untested products, that’s when it becomes trickier; there are some scholars that are stricter than others. As a rule, we tend to err on the side of caution and pursue a more strict interpretation on our products.”

Historically, the risks associated with the shortage of qualified Shari’ah scholars in the Islamic financial industry has been a major obstacle.

Still, Al-Halabi added that there are some scholars that are becoming increasingly globalised and are being used by various institutions, whether its in the GCC, MENA or more internationally. It’s likely that as Gulf scholars take on a more formal, institutionalised approach to doing business, their international client list will expand.

The appetite for Islamic finance has strengthened given the battering that conventional banking suffered during and after the global crisis.

Financial transactions in Western Europe and North America were left in tatters, while Islamic finance witnessed a refreshing burst of growth. Largely shielded from the economic downturn, although not entirely immune, there is a significant opportunity for the Islamic financial system to provide an attractive alternative to conventional financing.

One Gulf-based banker said: “The financial crisis hit Islamic banking, but not as hard as conventional banking. This spurred interest from clients for Shari’ah compliant investment.

“Since the start of 2011, clients have looked for value and growth and better returns than they’ve seen in the past. Whereas they were previously sitting on the sidelines post-crisis, they are now becoming more demanding,” he added.

Islamic finance hubs in Asia, including Malaysia and Singapore, have long been wary of the region’s enormous growth potential on the international stage. Although Malaysia is by far the bigger and more sophisticated market, the Middle East is seen as a sleeping giant.

If local Shari’ah scholars continue to upgrade and modernise, then the dynamic of the Islamic global marketplace could shift dramatically in the coming years.