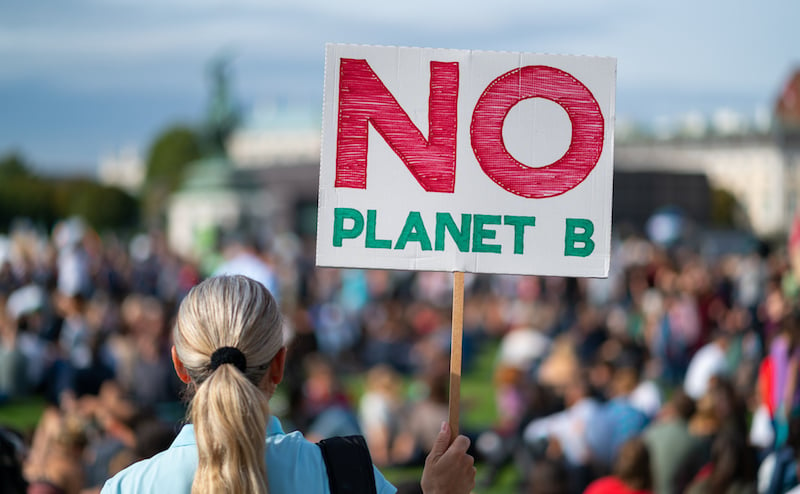 The world just recorded one of its warmest winters.

In Europe, from the start of December to the end of February, the average temperature was 3.4 degree celsius above the norm when compared to 1981-2010 and 1.4 degrees higher than 2015-2016 to make it the hottest-ever winter on record.

As a report by the Climate Action Summit bluntly put it, “we are in a climate crisis”. Global warming has to be limited to 1.5 degree celsius by the end of this century to avoid “irreversible and catastrophic impacts”, it said.

With climate change staring us in the face like never before, the issue of sustainability has catapulted to the fore across the world, with governments, corporates and individuals scrambling to adopt and implement policies and practices that will leave the earth a habitable place for future generations.

At the UN Climate Change Conference (COP26) slated to be held later this year in Glasgow, countries are expected to urge for more stringent measures to curb greenhouse gas emissions and avoid temperature increases.

A local council for climate change was also set up way back in 2016 to create partnerships with the private sector, conduct studies and lead scientific research in fields related to the ministry’s work.

“In the Middle East, governments, businesses and communities are showing more and more their vow to a greener future and to amplify the conversation on sustainable development in order to adopt sustainable lifestyles,” says Jesús Sancho, managing director, Middle East at sustainable infrastructure company Acciona.

“This move is deemed critical to mitigating climate change and reducing the region’s important carbon footprint.

However, regional governments should engage with the private sector as they need to attract more ‘green’ investors to ensure that the transition can cope with the necessary changes. We are not talking about fighting against climate change any more; it is too late already. Now we need to join forces to try to mitigate its consequences altogether,” he explains.

The energy equation
The one sector that has traditionally driven the regional economy – and continues to play a significant role in its business landscape – is energy, which is now evolving rapidly.

Governments in the region have set ambitious sustainability targets, with the UAE Energy Strategy targeting 50 per cent in clean energy by 2050 (with 44 per cent renewables, 38 per cent gas, 12 per cent clean coal and 6 per cent nuclear), while Saudi Arabia is looking to generate over 27GW of clean power by 2023 and over 58GW by 2030.

“These ambitious targets are supported by the regulatory certainty and transparency investors look for. In addition, the existence of a secure off-take, access to land and grid connection, and the availability of competitive financing backed by solid credit worthiness continues to support the sector, contributing to the record
tariffs we have witnessed,” states Yousif Al Ali, executive director at Masdar Clean Energy.

The Abu Dhabi-based clean energy company, which launched in 2006, has emerged as a showcase of the country’s renewable energy agenda. Masdar is now present in over 30 countries, in a sector that has investment of over $300bn a year.

One company working towards achieving this is GE Energy, with the company deploying gas-based power generation to bring power online as and when required to stabilise the grid and plug the gap in power supply and demand when the wind isn’t blowing, or the sun isn’t shining, as Joseph Anis, president and CEO of GE Gas Power, Middle East, North Africa and South Asia explains.

The bottom line is that more investments are required in the energy system globally if we have to achieve climate goals – the Intergovernmental Panel on Climate Change estimates we will need investment of $2.4 trillion each year to limit global warming to 1.5 degree celsius – that’s 2.5 per cent of global GDP.

“Thankfully, technology advances, economies of scale and a more attractive risk profile for renewable energy investments are all making the economic case for renewable energy stronger than ever – for instance, the cost of installing photovoltaic solar power has fallen 80 per cent since 2009, according to IRENA,” says Al Ali.

Beyond energy
While the energy sector plays a key role in driving sustainability, every industry and business is tasked with leading the change, in whichever way relevant or possible. And many regional companies have already championed the cause and started implementing – or announced – grand plans.

One example is Sharjah-based Bee’ah, which was set up 10 years ago to tackle the issue of waste management. It has achieved a 76 per cent waste diversion rate for the emirate – claimed to be the highest in the Middle East – and this is projected to reach 100 per cent in 2021 upon completion of the region’s first waste-to-energy plant.

The company, which works with establishments such as the world’s tallest building, Burj Khalifa, and Dubai World Trade Centre, processes three million tonnes of waste annually, by recycling, recovering and regenerating materials for reuse at its waste management complex.

“A lot of the private companies have put their own [sustainability] targets and many of them contact us for help. We even act as advisors and consultants for many private organisations, provide training and workshops as well as environmental assessment reports. So definitely, there is an industry where there is a lot more focus, especially in our region – today, more than ever,” he states.

One specific initiative that has caught global attention is Bee’ah’s upcoming headquarters slated to open this year, which has been designed by Zaha Hadid Architects. One of the last projects that Hadid personally worked on before she passed away, the new building will be 100 per cent powered by renewable energy, with the energy storage provided by Tesla. Also claimed to be one of the smartest buildings in the region, it will feature a fully integrated AI system.

“This building reflects our vision of positioning Bee’ah as a regional pioneer in sustainability and digitalisation,” states Al Huraimel.

In the neighbouring emirate of Ajman, Acciona recently completed a bus stop built using 3D concrete printing technology – the first of its kind in the Middle East.

According to the company, the benefits of such 3D manufacturing versus conventional construction methods include the reduction of waste (no molds or

forms are used) and the lessening of CO2 emissions.

In this case, the bus stop’s design also allows for the placing of solar panels on the roof. The company, which also recently showcased its 100 per cent EcoPowered car – claimed to be the first zero emissions vehicle to finish the Dakar Rally – in Saudi Arabia, says that there is more interest in the region for developing sustainable projects.

“We see a lot of public tendering in the short and medium term – especially in the UAE and Saudi Arabia. Projects that contribute to the reduction of carbon emissions such as transport infrastructure, utilities or industrial facilities which demand the latest technologies are all promising in the GCC,” states Acciona’s Sancho.

Advocating a green future
Several other regional companies have also started taking measures to combat climate change through a range of initiatives.

In November, Abu Dhabi-based Etihad Airways partnered with Boeing to launch the Greenliner programme, which will be used to test products, procedures and initiatives designed to reduce carbon emissions.

The airline, which has committed to a minimum target of zero net carbon emissions by 2050 and halving of its 2019 net emission levels by 2035, also secured Dhs404.2m in funding to expand the Etihad Eco-Residence, a sustainable apartment complex for its cabin crew.

In November, retail conglomerate Majid Al Futtaim also announced its commitment to phase out single-use plastics across its operations by 2025. During the year, the company also refinanced existing debt through two green sukuk issuances totalling $1.2bn, with the proceeds to be used for projects including green buildings, renewable energy, sustainable water management and energy efficiency.

Fashion outlet Splash says it is adopting a more holistic approach towards sustainability, looking at it from product design, selection of raw material, manufacturing practices, supplier selection and packaging material to warehousing and retail.

The brand claims to have become the largest user of recycled polyester in the MENA region, recycling 5.7 million bottles.

“This year, we have collaborated with international agencies and industry experts to advance our sustainability initiatives and aim to make more than 80 per cent of the Splash product line using sustainable raw materials,” says CEO Raza Beig.

Driving change
But while brands may be attempting to make a change, are consumers also changing their buying patterns?

“Sustainability was not always front of mind for many customers, however, today they are waking up to the disastrous impact of fashion on the environment and challenging industries to support the fight against global warming,” says Beig.

He says this is especially true of millennial consumers, who now scrutinise corporations and their sustainability practices.

“There has been a paradigm shift in consumer behaviour. We have observed that consumers in this region are driven by more than price – they’re looking for brands that align with their personal values and needs. A general concern for the environment is on the rise, with plastic pollution, loss of biodiversity, and climate change deemed as the top three issues.”

Looking ahead, the call for action is strong.

Sancho from Acciona opines that regional companies still need to do much more.

“While sustainable practices are slowly becoming the norm for many companies in the UAE, challenges remain that need to be addressed: the GCC has developed rapidly, and the pace of change here remains fast. It’s easy for people to think that they don’t have the time or resources to invest in the research or planning associated with sustainability and that the opportunity cost of sustainable practices is too high.

“Getting organisations to grasp the long-term necessity and benefit of sustainable practices is one of the main challenges. As more countries take charge to tackle the threats of climate change looming over the world, companies must all increase their efforts to take steps to build a better planet,” he says.

Adds Al Ali from Masdar: “I don’t think anybody should settle for “doing enough” – we all need to continue to drive progress.”

Beig concurs, stating that while progress is underway in some areas, it is not happening fast enough. “But this is not a reason to give up hope; in fact, it’s a reason to step up our actions. Time and time again, we’ve seen that progress is possible when we work together towards a common goal.”

More hopeful is Bee’ah’s Al Huraimel. “This is a global effort, because we cannot do it alone. But I’m optimistic and my view is that we will see a positive change globally.”

Clean Energy: The key to economic and environmental resilience

UAE, France to jointly focus on decarbonisation of hard-to-abate industries