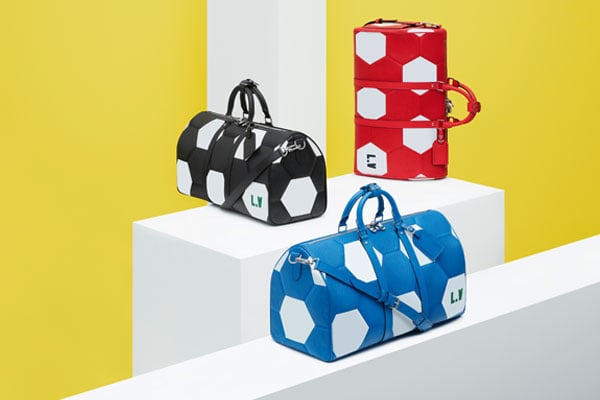 The quadrennial FIFA World Cup, the world’s biggest sporting event, kicks off this month in Russia. Expect half of the world’s population to be glued to their TV screens cheering on the 35 nations who will play for glory – including Saudi Arabia.

French maison Louis Vuitton will be driving forward some of that hype with a limited-edition capsule collection for select Louis Vuitton boutiques worldwide and online on June 14 – the first day of the World Cup.

At the World Cup opening ceremony on that day, you’ll catch a glimpse of the coveted trophy, and the case that will transport it, which is made by Louis Vuitton. Since 2010, the brand has been making the travel case for the 6.1-kg 18-carat gold trophy.

Louis Vuitton handcrafted this year’s leather-padded titanium-cased FIFA World Cup Trophy Travel Case, covered in the brand’s famous monogram, in its workshop in Asnières, France. The locks of the case are made from Ruthenium, whose chemical symbol of “Ru” pays tribute to the world cup’s host country. 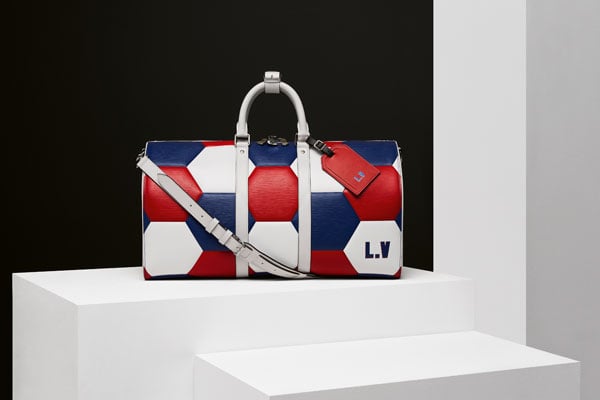 The capsule collection includes a range of Apollo backpacks, Keepall bags, two wallets, a pocket organiser, a coin purse and luggage tags. The leather bags are inspired by the official match ball of the 1970 World Cup played in Mexico.

The Apollo backpack and Keepall bags are made from Epi leather which is tanned using vegetable extracts and has been used by the house since the twenties. The hexagon pattern is created using a three-stage embossing process that gives it a feel similar to the one you’d find on an actual football.

Louis Vuitton has also teamed up with Adidas to create a limited-edition FIFA World Cup Official Match Ball Collection Trunk that includes 13 re-editions of the official match balls used at all the world cups since 1970.

While the 13 balls are made by Adidas, the 14th is designed by Louis Vuitton and made from the brand’s signature VVN cowhide leather, which will gain a caramel colour as it ages.

Naked Heart Foundation will auction a unique edition of the Match Ball Collection Trunk with all the proceeds benefitting the foundation.

While there are several off-the-rack colour combinations, LV also allows for customisation. You can have your very own made-to-order Keepall designed in a colour of your choice and in a combination of almost any national flag. The luggage tags though can also be embossed with the flag of one of the 35 participating nations.

The collection will be available from June 14 until July 15, when the event draws to a close. Louis Vuitton sure knows how to keep its style game (and yours too) on-point, both on and off the pitch. 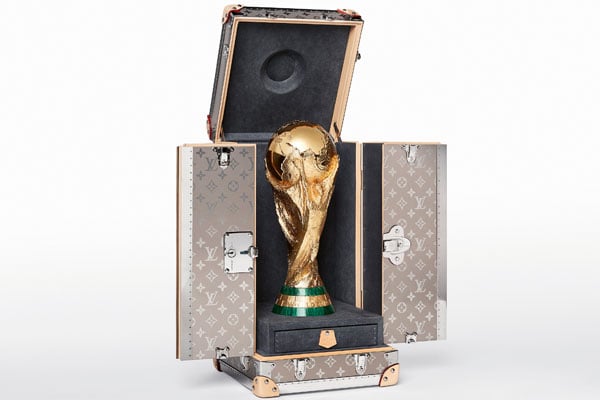