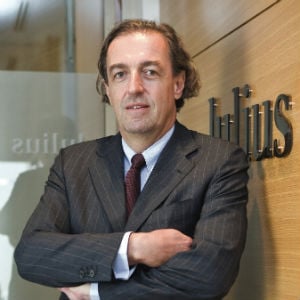 The world of Wikileaks disclosures, austerity measures in debt-laden Europe and instability in the energy- rich Middle East now renders it more difficult for Swiss banks to practice the discretionary skills they are famed for.

“Bank secrecy the way we dealt with it in the past is gone,” Raymond Baer, the chairman of Julius Baer, which had 173 billion Swiss francs in assets under management at the end of April, tells Gulf Business. “Today, one has to be tax- compliant. The beauty for this part of the world (the Middle East) is that tax is not an issue anyway.”

The issue in the Middle East is the legality of clients, which is changing every day as more members of despotic regimes get toppled or challenged by the freedom wave sweeping the region. The fast-paced political change has caused problems for Swiss banks, which have to deal with Swiss authorities freezing the assets of leaders from Tunisia, Egypt, Libya and Syria.

About a third of the $1.5 trillion of assets held offshore by the wealthy in the Middle East and Africa are in Switzerland, according to Swiss research firm MyPrivateBanking, and at least 15 per cent of the offshore assets or about $225 billion have been obtained through illegal means and transferred out of the home countries.

Despite these challenges, Baer is keen to boost its business in the Gulf in particular, buoyed by the spike in oil prices that promises to fill the coffers of sovereign wealth funds (SWFs) and high net worth individuals (HNWIs). The number of HWNIs in the Middle East grew 7.1 per cent to 400,000 in 2009, returning to the 2007 levels, and their total wealth increased by 5.1 per cent to $1.5 trillion, according to Capgemini and Merrill Lynch’s World Wealth Report 2010.

Baer joins the fold of other Swiss banks targeting Middle Eastern clients, including Falcon Private Bank, the unit of Abu Dhabi’s Aabar Investments which opened an office this year in the UAE capital.

Baer, which has an office in DIFC, expects to grow assets from clients in the region by more than six per cent annually over the next three to four years, and plans to add up to five new relationship managers a year for the region over the next two to three years.

“Some of the clients in the region have shifted assets from Egypt to the UAE, or from Bahrain to the UAE, and the same trend has happened into Asia, Singapore, for instance, but also into Europe, London and Switzerland,” says Baer. “Sovereign wealth funds will start buying stakes in internationally-listed companies, they will do more now than before.”

Gulf SWFs, which are amongst the richest in the world, took a break during the recession when their stakes in listed firms took a hit, but in the last two years they returned to the international market snapping up significant holdings in blue chip companies.

Traditionally, HNWIs in the region, like most emerging market investors, have tended to be more trading-oriented and opportunistic with a concentration of wealth in properties and equities. But investors in the region need to diversify their investments, particularly in these politically uncertain times, the Swiss banker says.

“The main strategy is investing in anything related to real assets because central banks around the world are printing money, so people want to protect their cash deposits by investing in real assets via commodities and equities,” said Baer.

The Zurich-based bank believes HNWIs in the Middle East should give more attention to foreign currency transactions, given that all Gulf states, except Kuwait, peg their currencies to the US dollar. The greenback is also the largest component in Kuwait’s basket of currencies.

Foreign currency investment was much greater in the Middle East in 2009 than the global HNWIs average of 13 per cent, accounting for 20 per cent of their alternative investment allocations, as the region’s wealthy sought to hedge against local currency fluctuations, according to the World Wealth Report 2010.

Cash-rich Julius Baer is also on the prowl for acquisitions, and recently announced the purchase of a 30 per cent stake in Brazilian wealth manager GPS. Baer is not interested in buying any assets in the Middle East per se, but would target acquisitions that offer a foothold in a number of emerging markets, similar or larger than its purchase of ING’s Swiss private banking assets in 2009.

Julius Baer, like its Swiss rivals UBS and Credit Suisse, is venturing into emerging markets not only to take advantage of their growing wealth, but also to make up for the potential loss of assets and clients as Swiss authorities negotiate tax deals with the UK and Germany, which are clamping down on tax evaders. To cap the tax cases in Europe, the US has ramped up pressure on Switzerland to reveal tax evaders using Swiss banks, a move that led UBS to hand over some data on US clients and pay a fine to the US in 2009.

“I think the history with Europe could actually be cleaned up, if that happens (tax deals are finalised with Germany and UK).” said Baer. “America is a different issue and our politicians are talking to Americans to see what can be done to solve the history.”

This year, a former Julius Baer banker was arrested after handing over the names of hundreds of clients with offshore bank accounts to the whistle-blowing website Wikileaks. Germany and Italy are Julius Baer’s biggest European clients and any tax agreement with European states is expected to hit bank profitability.

“The most likely impact is that some money that is currently in Switzerland will be paid for the fines etc, so you lose a certain asset base,” said Baer. “But what you win is a clear parameter going forward and, if you have clear parameters for business, you hope the valuation of this business gets higher in terms of the stock price.”