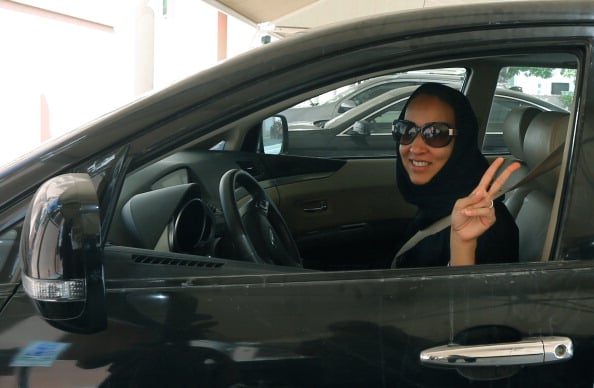 More than four in five women in Saudi Arabia plan to drive when restrictions on women are lifted next year, according to a new survey.

It found that 82 per cent of women are contemplating getting a licence, 61 per cent saw the decree as a positive step for society, 55 per cent felt a sense of empowerment from the decision and 46 per cent expected better career opportunities.

In terms of their motivation for driving, 45 per cent said for going to work and 39 per cent for dropping off their children. Kantar TNS said 17 per cent also expected to shop more, suggesting an impending boost to the retail, entertainment and food and beverage sectors.

Initial expectations that there will be less demand for drivers in the kingdom were also reflected in the survey, with 92 per cent of women saying they will reduce their reliance on taxis and services like Uber and 80 per cent of those intending to drive expecting to reduce their dependency on drivers.

The company said demand for the use of taxis, Uber and family drivers was expected to be significantly impacted as a result.

“The reduction in drivers over time will affect the demographic profile at the lower end of the spectrum and impact categories largely dependent on them such as CSDs and snacks,” Kantar said.

“Differentiation will drive survival in the tech enabled transportation business. Uber and Careem will need to differentiate themselves to garner a larger share of a declining market and retain relevance among its female patrons, e.g. offering female Uber drivers.”

In terms of car purchases, 60 per cent of respondents intended to buy a car in the next three years and 38 per cent planned to in the next year. Vehicles in the non-premium and small and medium car segments, priced at around SAR63,000 ($16,800), were favoured by 71 per cent of would-be buyers.

Slightly more than a tenth of respondents expected to pay more than SAR110,000 ($29,333) for a vehicle and men were expected to continue to play a roll in purchasing decisions.

Of the survey’s male respondents, 44 per cent were undecided on whether to purchase a new car or give an existing vehicle to women. Among those who were decided, 57 per cent planned to buy a new car for women and a fourth would likely buy a new vehicle for their own personal use.

Female buyers were found to favour Toyota, Hyundai, Ford and Nissan in terms of car brands, with BMW their aspirational brand in the premium segment.