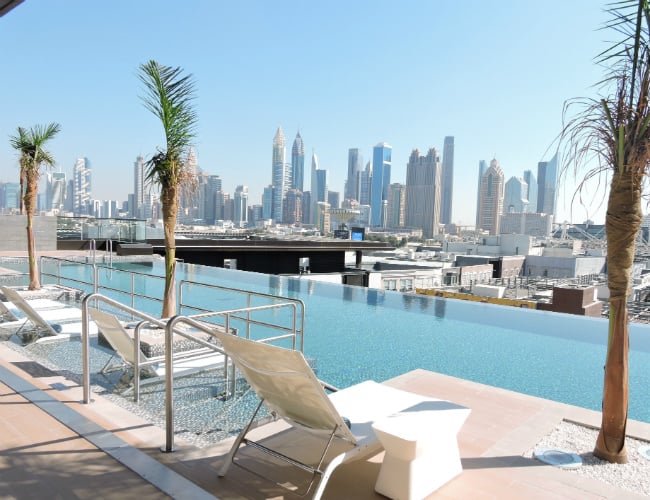 Hotel market data firm STR is predicting less of a decline in hotel room rates in the Gulf this year than it previously forecast as some markets show signs of recovery.

Speaking to Gulf Business, managing director Robin Rossmann said better than expected performance in some markets, including greater demand in Dubai, was forcing the firm to reconsider its projections of an 8 per cent average decline in revenue per available room (RevPAR) across the region in 2017.

“Based on where we are now, I can say that [our forecast] is being revised up or reducing the decline,” he said. “It’s probably still going to be down this year but hopefully this will put us in a good place and next year we can start seeing growth.”

In its Q1 report released earlier this month, STR noted improved performance in Dubai in particular with occupancy up 2.7 per cent to 86.3 per cent and RevPAR showing a smaller than expected declined of 3.9 per cent to Dhs686.

However, conditions still remained challenging in other markets with RevPAR in Jeddah down 30 per cent on the previous year, Riyadh down 22 per cent, Manama down 17 per cent, Doha down 16 per cent, Muscat down 15 per cent and Abu Dhabi down 8 per cent.

“Saudi has had the toughest of it, Qatar is also struggling to cope with all the increased supply that’s going in there and likewise with Bahrain which is heavily dependent on outward bound Saudi demand has had a tough time,” said Rossmann.

“It’s been difficult but I think we are seeing it level out. For me the big thing about the Middle East it it might be coming down, but down off a high base and so the market is still in general profitable.”

However, despite a significant hotel pipeline across the Middle East totalling some 153,298 rooms under contract, Rossmann said he was not concerned there would be room oversupply in key markets due to government efforts to attract tourists.

This includes the UAE recent granting of visas on arrival to Chinese and Russian travellers which resulted in an 11 per cent increase in overnight visitors to Dubai in the first three months of the year.