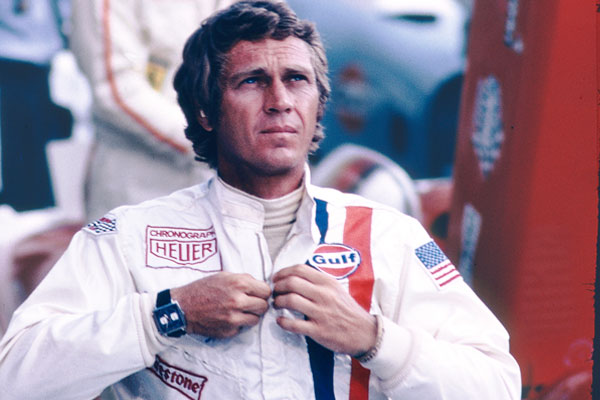 The Monaco is a massively important timepiece in the pantheon of watches produced by TAG Heuer. Introduced in 1969, it housed the brand’s first-ever self-winding chronograph – the Calibre 11.

Heuer developed that first Calibre 11 in collaboration with Breitling and Buren. When the brand showcased the first collection with the decidedly avant-garde Calibre 11 at Baselworld 1969, it was one of only three watchmakers in the world to have successfully manufactured a self-winding chronograph movement.

And although Heuer chose to display dozens of timepieces kitted with the Calibre 11 at Baselworld that year, it was the square-cased Calibre 11-toting Monaco chronograph which was the undisputed star of the show.

The Monaco and Calibre 11 were so wildly popular immediately upon their debut, that it gave the La Chaux-de-Fonds company the momentum to become only the second Swiss watchmaker ever (after Girard-Perregaux) to go public in 1970. 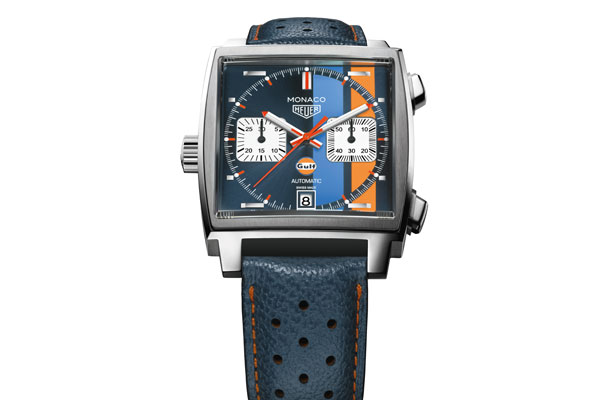 Besides being a commercial success, it also rose to the symbol of a totemic cultural icon after it was worn by none other than the effortlessly cool Steve McQueen during the filming of Le Mans. That’s how the Monaco came to be popularly referred to as the Steve McQueen watch.

Several versions of the Monaco timepiece have been issued since the seventies, but the most visually appealing, arguably, is the Gulf Oil version. At one point the oil company was one of the seven largest oil companies in the world known as the ‘Seven Sisters’.

Gulf Oil was the first company ever to drill for oil in the sea and also the first company to open a petrol station. Flush with oil money in the post-war era of the fifties, it sponsored several teams, which participated in the real-life Le Mans races in the sixties and seventies.

Read: Chanel’s new pocket watch is one for the dandies

In the reel-life version of the film, Gulf Oil sponsored McQueen who can be seen racing in a Porsche 917 that featured the Gulf logo.

There have been three other reissues of the Monaco Gulf, and this fourth edition was launched at Baselworld 2018. It is a faithful reinterpretation of the original with the crown on the left and the angled chronograph buttons to the right of the case. The dial has the blue and orange Gulf Oil stripes, there’s the vintage Heuer logo on it, and the calfskin leather strap also has an orange stitch on it.

The workhorse automatic Calibre 11 movement boasts a 40-hour power reserve. There’s the date display at six o’clock and the two sub-registers indicating the current seconds at three o’clock and the chronograph minute counter at nine o’clock.

Having endured for nearly  50 years, that Calibre 11 remains a timeless icon, much like McQueen himself.