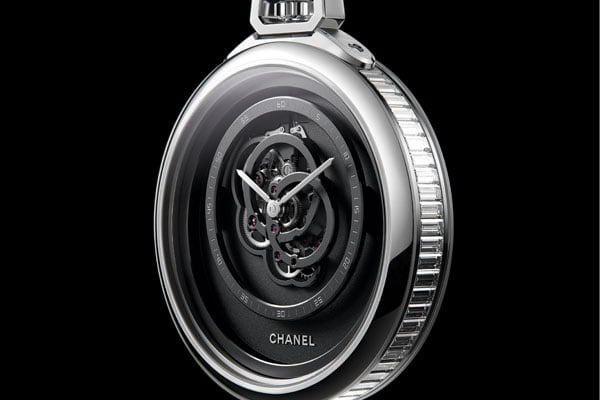 The mechanical watch was designed and manufactured completely in-house thanks to the expertise that the French fashion house acquired through an investment in independent watchmaker Romain Gauthier in 2011.

The Monsieur wristwatch featured its first in-house designed movement – proudly labelled as Calibre 1 – that included two complications: a 240-degree retrograde minute and an instant jumping hour. With the Calibre 1, Chanel was shattering perceptions of fashion brands being nothing more than fringe players within the world of haute horlogerie. 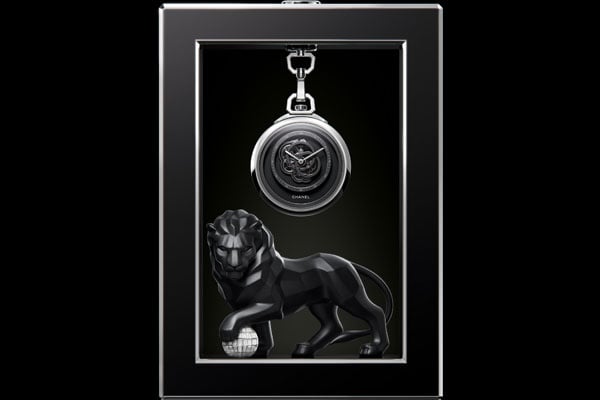 It was Chanel taking its well-earned and permanent seat at the table of high-end watchmakers.

Last year, it introduced the Calibre 2 in the Première Camélia Skeleton Watch. That timepiece became its first watch for women with an in-house movement.

Chanel didn’t drop the ball this year at Baselworld. It showcased its new in-house movement, the Calibre 3, which debuted in the Boy.Friend timepiece. But of all the Chanel novelties showcased at Baselworld, the one that caught our eye was this one-off pocket watch.

This Monsieur de Chanel Pocket Watch has an 18k white gold case set with 57 baguette-cut diamonds. The hands, the chain and the lion are all 18k gold – the lion has a black Hycream coating. While there’s plenty of gold, Chanel has managed to keep the total weight of the gold down to just 71 grams. 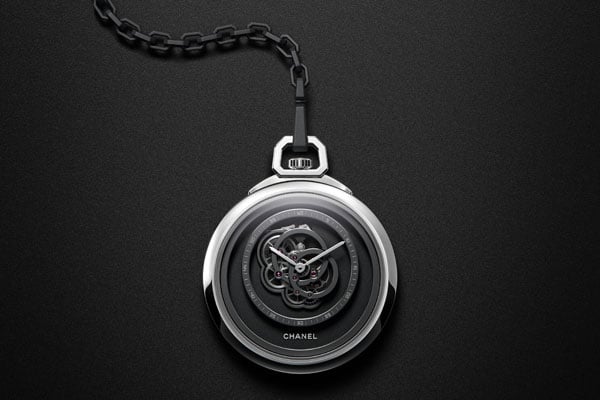 Chanel took the Calibre 2 and modified it. This Calibre 2.2 manual winding skeletonised movement has a total of 123 components and a power reserve of 48 hours. The 5.6mm thick movement operates at the standard 28,800vph.

The movement, which measures 39.2mm across, has an anti-shock system to protect it against mild knocks. The amorphous diamond- like coating adds to the movement’s stealth appeal.