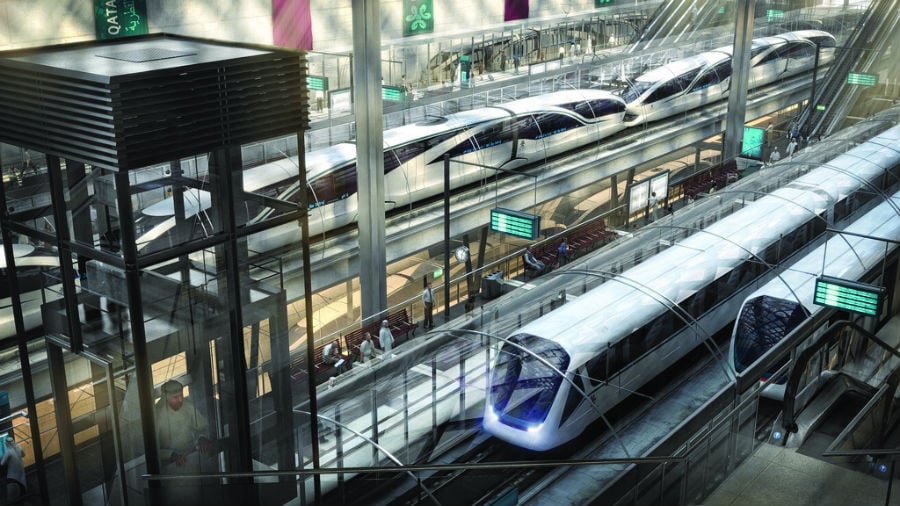 With a raft of projects under way throughout the region, railway development is likely to be a major driver of Middle East economic development over the next decade. National networks are due to be interconnected, including a cross-border Gulf rail network that could be completed in the next seven to 10 years at an estimated cost of $10 billion, with a connection to Yemen.

“There has been serious thinking towards mass transit in the Gulf and the broader Middle East region,” said Ramiz al Assar, a senior transport analyst at the World Bank, who is advising the GCC secretariat on its railway planning.

It’s not been an easy ride. There are inherent risks in such capital- intensive investments, which has made private investors elusive and forced governments to pick up the tab for what are national strategic investments. But now, after several decades of prevarication, projects are finally taking off and streams of contracts are being awarded.

A telling example is that of Saudi Arabia, which has taken more than 40 years to add to its railway system, and until last year had just one major line from Dammam to Riyadh. Now the nation has built a North-South line extending over 2,400 kilometres.

This new track links phosphate and bauxite mines being developed at Jalamid and Baitha, passes them through the northern border town of Hudaitha, onward to Sudair, Qassim, Hail and Al-Jouf, and finally reached industrial plants in Ras Al-Khair, Jubail and Dammam on the Gulf coast.

This “minerals” railway will also carry passengers within the next three years. Saudi’s finance minister Ibrahim Al-Assaf signed three contracts in February valued at $625 million for construction of stations at Majmaa, Qassim, Hail, Al-Jouf and Qurayat, all of which are due to be completed within 24 months.

Another major Saudi venture is the 444 kilometres intercity rail transport system designed to link Madinah, Makkah and Jeddah via King Abdullah Economic City. Civil works for the high priority venture are well under way and due to be completed this year.

Saudi’s transport minister Jabara Al-Seraisry expects the service to begin operations in early 2014. The project and the high-speed Haramain track will underline the Kingdom’s dedication to providing improved access to the country’s holy sites for millions of visiting pilgrims each year.

Contracts have been signed for the latest phase of the project, involving track laying, stations and the purchase of locomotives and rolling stock. Development of four lines stretching 113 kilometres around Makkah city centre and including 24 stations is also under way.

After a decade of delays, the Saudi Council of Ministers has given a go ahead for the Kingdom’s Landbridge rail project, which will link Saudi Arabia’s three largest ports. Essentially the time taken to transfer containers between the Gulf and Red Sea will be reduced to 18 hours, compared to a sea voyage of between five to seven days.

Bids were due by the end of May from Saudi Railways Company for a contract to carry out detailed engineering design work. As with the North-South line the initial idea was for both projects to progress on a build-own-operate basis backed by public private partnerships.

This model has not proved viable and the government is again taking the lead via the Public Investment Fund. Reports state that 15 firms have been invited to bid, and the winner is expected to complete the work in 13 months.

The project is a complex engineering venture over desert terrain and will involve 70 kilometres of tunnels. The plan calls for a new line running 950 kilometres between Jeddah and Riyadh, where it will connect to an existing track linking the capital with Dammam. An additional 115 kilometres of line will be built between the latter and the coastal industrial complex at Jubail.

Jabara Al-Seraisry believes that projects such as the Land Bridge, North- South and Hamarain will have a big impact on the social and economic development of the country.

Completion of current projects will not be the end of the story. A 30-year Saudi railway master plan is under preparation by Fayez Zuhair and Germany’s GTZ and Dornier. The UK-based Railway Consultancy has already conducted outline studies for a 700-kilometre line connecting Taif, Khamis Mushayt and Abha with the planned Land Bridge line between Jeddah and Dammam. An additional 600 kilometre line connecting the south of Jeddah with Jizan has been looked into, along with a Jeddah-Yanbu line.