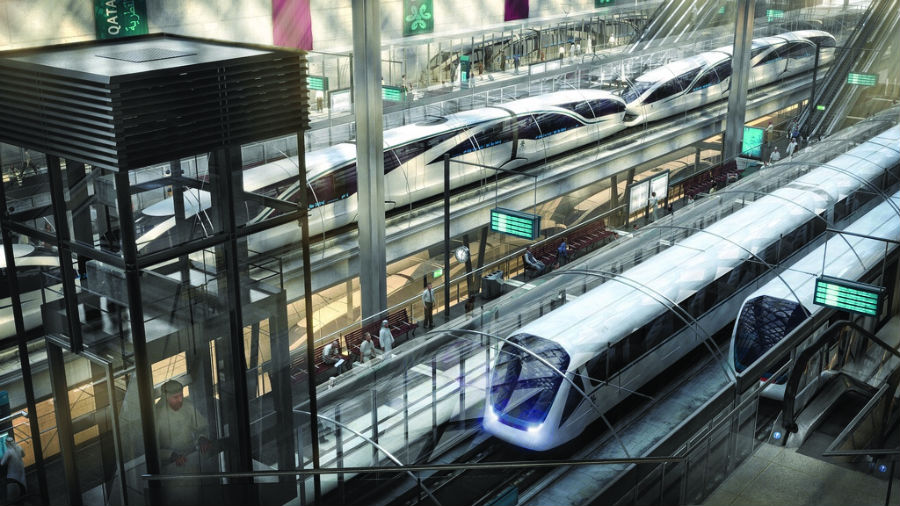 Development of a national transport and logistics network that can facilitate the movement of raw materials and finished products from industrial facilities to the federation is also central to the UAE’s rail development strategy.

The first stage will link Abu Dhabi’s western region cities of Habshan and Ruwais. According to the chairman of Etihad Rail, Nasser Al Sowaidi, the initial line will be ready for operation early next year, while the Habshan-Shah section will be ready by the end of 2014.

Etihad Rail has inked an agreement with ADNOC to transport sulphur from its sources in Shah and Habshan to export facilities in Ruwais. The route will run through Shah, Mezairaa, Madinat Zayed, Habshan, Mirfa and Ruwais, and cover a distance of 266 kilometres.

Civil and track work contracts are being carried out by a consortium of Italy’s Saipem and Technimont, together with UAE-based Dodsal Engineering & Construction.

A second phase will see a track in Abu Dhabi connect to Dubai, with services to Khalifa port, Jebel Ali port and Mussafah. Phase three will add additional routes in the northern emirates. Further links are also being planned to connect with neighbouring countries such as Ghweifat in Saudi Arabia and Al Ain in Oman.

Al Sowaidi says that the development of a network of up to 1,200 kilometres is one of the most significant national projects in the development of the UAE. The project is now so important that it has unstoppable momentum he maintains.

Driven by a need to complete huge transport infrastructure projects for the World Cup in 2022, Qatar is also racing ahead with its own rail development strategy.

Qatar Railways Development Company (QRDC) has indicated that 14 packages of work will be awarded to different consortiums, with each likely to be valued between $800 million and $1.5 billion.

QRail, a joint venture between QRDC and Germany’s Deutsche Bahn, is charged with the development of Qatar’s railway infrastructure. Civil works are due to begin this summer, with track laying planned in 2015.

The US’ Parsons Brinkerhoff is the strategic programme manager for the $35 billion Qatar Integrated Rail Programme. UK’s Turner & Townsend has been awarded the project management consultancy contracts for both the Doha metro project and the high-speed passenger line for Qatar’s national rail network.

The challenge is immense. Most of the track and stations for the planned 360-kilometre Doha metro network need to be delivered well in advance of the 2022 deadline, since the government wants all surface construction work in Doha to be completed by the time the World Cup gets under way.

On top of that, four lines and 100 stations have to be built connecting the capital to outlying areas, and the entire network has to be completed by 2026.

Oman and Kuwait are also progressing in rail development plans.

Partnerships Technical Bureau, Kuwait’s state organisation, is seeking to develop a $7-8 billion metro for Kuwait City using a series of public- private partnership contracts. These would involve development of track, supply of trains and integration of the network. The metro project, called the Kuwait Metropolitan Rapid Transit (KMRT) System, is being advised by a consortium led by Ernst & Young in conjunction with Atkins and Ashurst.

The Omani railway project is due to be built in three phases. The initial phase involves a 230-kilometre line from Sohar to Muscat. A second 560-kilometre line will connect Muscat with Duqm. A final phase will see the network extend a further 580 kilometres to Salalah.

The pace of railway development within the GCC will differ, but the encouraging part is that long awaited projects are gaining traction. The social and economic implications of this across the region cannot be underestimated.