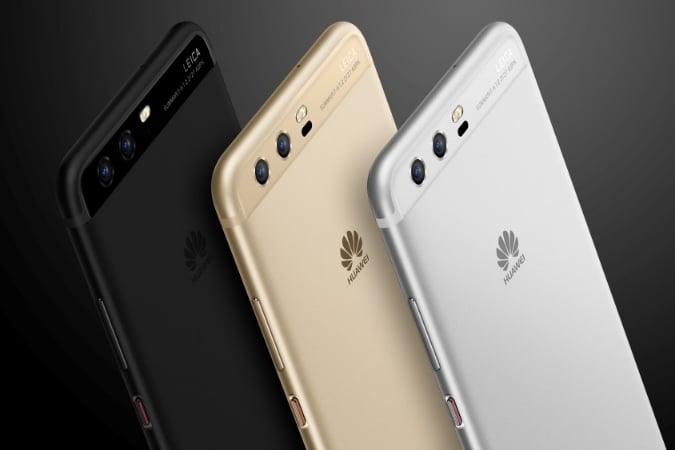 Huawei was among the manufacturers looking to take advantage of Samsung’s absence at February’s Mobile World Congress event and it can be argued its latest handsets – the P10 and P10 Plus – have done so with some success.

The two additions to its flagship line feel in many ways the embodiment of much of the work that has helped the Chinese manufacturer gain ground in the premium smartphone segment in recent years.

The first and most obvious cue is in their design language, with an attractive metal and glass unibody that bear similarities to recent iPhones, which is by no means a bad thing.

Those with an interest in personalisation will also be pleased to hear there are plenty of colour choices available thanks to Huawei’s partnership with the Pantone Color Institute, including particularly striking blue and gold offerings.

In the hand the smaller of the two, the P10, feels comfortable, slim and elegant with much the same setup as recent Huawei devices including the volume button on the side with the power button below.

One noticeable difference though is the moving of the company’s trademark rear fingerprint scanner to the bottom of the display – a decision that appears to have rear aesthetics rather than practicality in mind. Having grown used to the positioning of the rear scanner on other Huawei devices this was difficult to adjust to and felt a little awkward at times, but will come more naturally to Samsung or Apple users.

On the plus side though there is still a headphone jack at the bottom of the device, meaning you won’t need to replace your expensive headset any time soon.

Elsewhere, much appears the same as with more recent Huawei devices. The P10’s 5.1-inch 1080p HD display is crisp and easy to read but doesn’t really improve on what has been seen before from the manufacturer – meaning those looking for more oomph should opt for the larger QHD P10 Plus.

Similarly the internal hardware, including a Kirin 960 chipset and 4GB of RAM, improves on the P9 but has been seen before in other more recent devices from the Chinese firm. The battery life is also fairly standard, with the device able to last a day but generally not too much longer, but storage is at least plentiful with 64GB as standard expandable to 256GB using the hybrid second micro SD/SIM slot.

As expected, day-to-day use of the P10 means getting to grips with Huawei’s emotion user interface, which is on top of Google’s base Android 7. Although customisation options mean you can choose to utilise a more traditional app tray if desired. Some may be disappointed that the device doesn’t fully utilise Google’s new features at launch including Google Assistant, although there are some other interesting inclusions such as predictive fingerprint tracking, which is designed to observe your behaviour and speed up apps by predicting what you will open next. This appeared to have some impact over time but it wasn’t particularly noticeable given the general lack of slowdown or stuttering encountered with top end devices this days.

Outside of its design, the device’s other key selling point is its rear camera, which comes equipped with dual 12MP colour and 20MP monochrome lenses produced in partnership with German optical firm Leica. This setup, combined with some intuitive software, allows a lot of creativity when it comes to photo taking including the ability to focus on specific objects while blurring the background and a variety of shooting modes.

In general the image quality, colour and light capture is among the best on the market and will be difficult for other manufacturers to beat. The front 8MP Leica camera lacks some of the utility of the rear but features other improvements including automatic framing for individual or group shots. It also shares a new portrait mode with the rear shooter, offering enhancement options for skin tone and lighting that are sure to impress selfie addicts.

Even with this camera prowess, however, the P10 is somewhat lacking in a key differentiator. It is a well put together package with an appealing physique but when it comes to the hardware and functionality much of what it does has been seen before in recent devices from Huawei and others. In addition, it is a little disappointing to see a lack of screen innovation given the curved and expanded displays available on other premium devices entering the market in 2017.

Still, if you’re looking for something to replace a smartphone that is more than a year old, there is plenty to like here, and Huawei’s competitive regional pricing – Dhs1,899 – may prove enough to warrant a purchase.