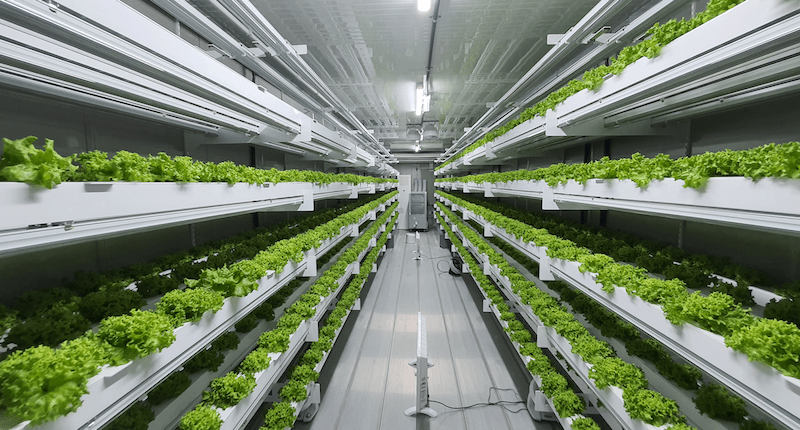 Vertical farming company Smart Acres is set to begin operations in the UAE in the third quarter of this year.

Currently in the proof-of-concept stage, it is located in Abu Dhabi in the Armed Forces Officers Club, and is the latest addition to the country’s hydroponic vertical farming industry.

Through their proof-of-concept phase, Smart Acres has successfully cultivated and harvested mature species of lettuce and is in the midst of producing a variety of other lettuce and herbs such as Green Glace, Oakleaf, Lollo Rosso, and Shiso, with plans to eventually grow baby spinach, mature spinach, and baby arugula. It will expand to meet the demand of popular produce in the region such as strawberries, with a shift and emphasis on cultivating potato seeds.

The South Korean company won the CES 2020 Innovation Award for its IoT-based vertical farming method that addresses issues in the agriculture industry including water waste, depletion of nutrients in soil and infestation of insects.

The company attempts to generate grade-A set of crops “through a unique growth process and strict in-house procedures.” It includes the elimination of any pesticides or toxic solutions on the products and mandatory anti-contamination air showers for personnel prior to entering to prevent contamination by unwanted pathogens.

Read: Special focus: How the UAE is leading the charge in food security

The crops are also able to withstand the extreme weather conditions of the region making it possible for year-round cultivation, harvesting crops 12-fold per year.

The technology is able to detect, track, and adjust the humidity and temperature of the environment in order to maintain the health of the crops.

“Smart Acres will provide a solution to potential socioeconomic threats, such as pandemics, and climate limitations the Middle East currently endures,” added a press statement issued.

Expansion plans for the company include the development of Smart Acres Institute of Food Security & Agriculture, which will be built on the existing family plot of land owned by Al Kaabi.

In April, Majid Al Futtaim has opened what it claims is Dubai’s “first” in-store hydroponic farm at its Carrefour market Al Wasl store.

The farm spans 24 square metres and can accommodate up to 16 varieties of leafy greens, including lettuce, arugula, and kale, and herbs such as basil, dill, and sorrel.

Why higher education should care about cybersecurity