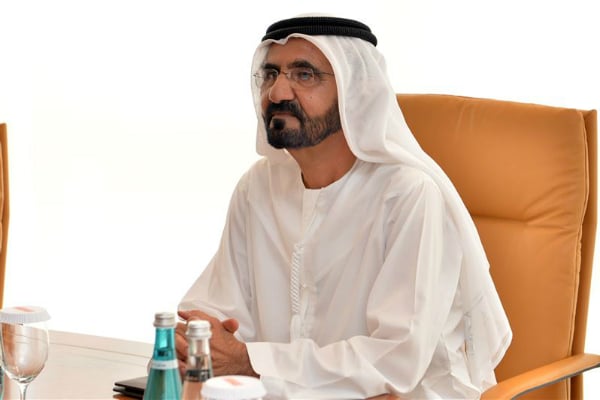 The UAE has launched a permanent residency scheme for expatriates dubbed the ‘Golden Card’, the country’s Vice President and Prime Minister and Ruler of Dubai announced on Tuesday.

“Residents are an indispensable part of our country,” he added.

We launched a new “Golden Card” system to grant permanent residency to investors and exceptional doctors, engineers, scientists and artists. The first batch of 6,800 investors with Dh100 billion worth of investments will be granted the “Golden Card.”

The permanent residency “Golden Card” will be granted to exceptional talents and everyone who positively contributes to the success story of the UAE. We want them to be permanent partners in our journey. Residents are an indispensable part of our country.

The Federal Authority for Identity and Citizenship (ICA) will oversee the scheme and announce more details shortly, the UAE Government Communication Office said.

The UAE launches the permanent residency system “Golden Card” for expats investors, entrepreneurs, specialised talents and researchers to be a part of the UAE’s success story. #UAEGov pic.twitter.com/GAfUdox72s

The move will have a positive impact on the local property market, opined Lewis Allsopp, CEO of Allsopp & Allsopp.

“Most expats have a money-making mindset when they move to Dubai with a short-term plan and goal before moving back to their home country,” he said.

“The UAE Cabinet’s decision to enforce a Gold Card for permanent residency now allows expats to look at Dubai as a home rather than a temporary plan.”

He added: “The Gold Card will further the stability of the UAE by encouraging more distinguished professionals to the country. The property market will benefit hugely from this step in strengthening the economy.”

The latest announcement comes after the UAE announced last year that it would grant five or 10-year residency visas to investors, entrepreneurs, specialists in the medical, scientific, research and technical fields, and ‘outstanding’ students to “facilitate business and create an attractive and encouraging investment environment” in the country.

It has already started issuing the longer-term visas to scientists as well as entrepreneurs and investors.

Read: UAE gets 6,000 applications from investors, entrepreneurs for long-term visas

The special residency scheme is aimed at attracting wealthy and high-skilled expats and will grant the special iqama (permit) holders residency without the need for a Saudi sponsor.

Under the law, the holder of such an iqama will have family status, can recruit workers, own and lease property and transport in the kingdom, can obtain visit visas for relatives, can freely enter and exit the country and will also have the use of designated queues at airports.