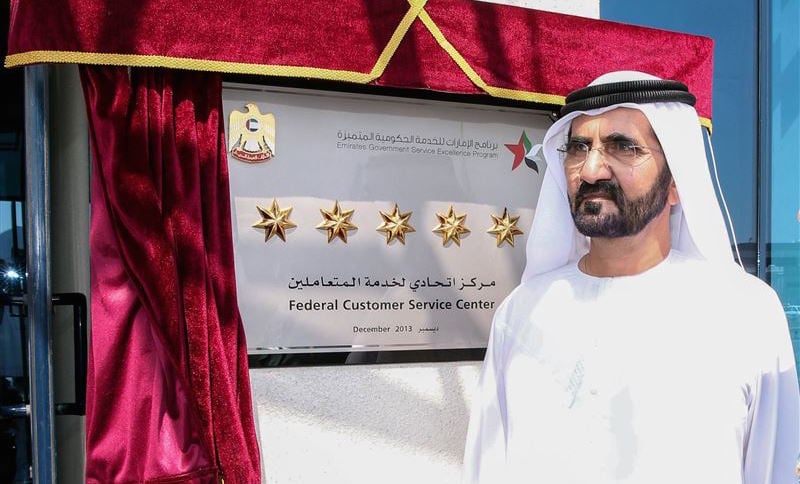 Government employees in the UAE have been urged to ensure that their services are “the best” by the country’s Vice President and Prime Minister Dubai’s ruler Sheikh Mohammed bin Rashid Al Maktoum.

He stressed that providing “the best government services in the world” was “the main objective of every government entity in the UAE”.

His remarks came while approving the results of the third edition of the star ratings for government services, which rated the services of 167 customers happiness centres of 20 federal departments.

During the latest edition, seven customers happiness centres of four government entities achieved five-star ratings. While the number of centres that achieved four-star ratings increased by 74 per cent, those with three-star ratings declined by 23 per cent compared to the 2015 edition.

The system measures each department’s performance on a scale of ‘two to seven’ star ratings.

“Six years ago, we launched the star ratings system that assess the services these entities provide. This system reflects our work methodology through providing exceptional services that make people happy and improve their life quality, and set a model for world governments to follow,” Sheikh Mohammed said.

“The UAE provides ideas to achieve people’s happiness and improve life’s quality of the society, and to implement these ideas in reality…We want to cement this image in clerks and customers that our government works on achieving the inspirations of the society and provide outstanding services.”

Sheikh Mohammed congratulated all the entities achieved a higher rating and urged them to speed up the work and streamline efforts to achieve better results in the future editions.

The UAE leader has become known for his more direct approach regarding performance at government departments.

In July, he warned that low employee satisfaction ratings at federal government agencies were “unacceptable”.

“Satisfaction in some quarters is 39 per cent. We have five destinations with a satisfaction rate of 60 per cent! These ratios are unacceptable,” he said. “Employee satisfaction [is] key to customer satisfaction.”