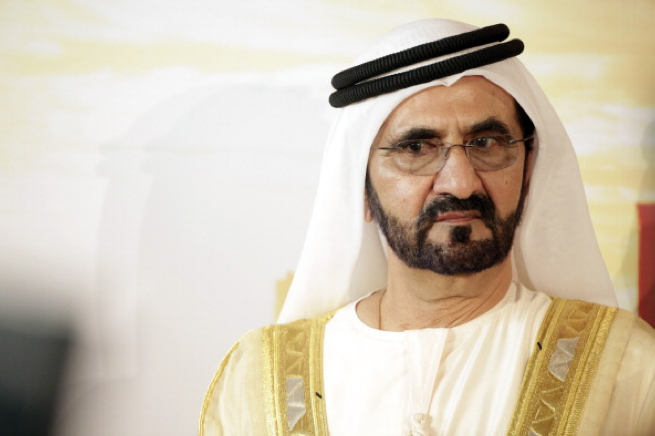 Meanwhile Prince Hamdan, whose pictures of himself either jumping out of planes or cuddling a white lion cub have landed him 3.1 million followers on Instagram, has 66,000 likes on Facebook.

The Crown Prince, who goes by the name of Faz3 on Instagram, has double the number of followers on the platform compared to his father, but is eclipsed by him on Twitter, having 1.5 million followers, compared to Sheikh Mohammed’s 5.46 million.

Across the Middle East and North Africa region, Egyptian President Abdel Fattah el-Sisi has the most number of Facebook likes with six million, followed by Her Royal Highness Queen Rania of Jordan, who boasts 5.5 million.

Worldwide, United States President Barack Obama is the most popular world leader on Facebook with 46 million “likes” on his campaign page, followed by Indian Prime Minister Narendra Modi, who has more than 40 million in total.

The findings come from the study World Leaders on Facebook by communications company ASDA’A Burson-Marsteller.

ASDA’A Burson-Marsteller chief executive Sunil John said: “Home to a young, increasingly connected and mobile population, the MENA region is progressing into a dynamic and vibrant area. The UAE, in particular, is known for its open business environment, cosmopolitan nature and impressive adoption of smart devices, making it a model country of what is best about the region.

“With the UAE government’s focus on the development of smart services, the leadership remains on the pulse of public consciousness- a value that is captured by the engaging, transparent and informative social media presence of HH Sheikh Mohammed. “

UAE ‘number one country to live in’, according to Arab youth