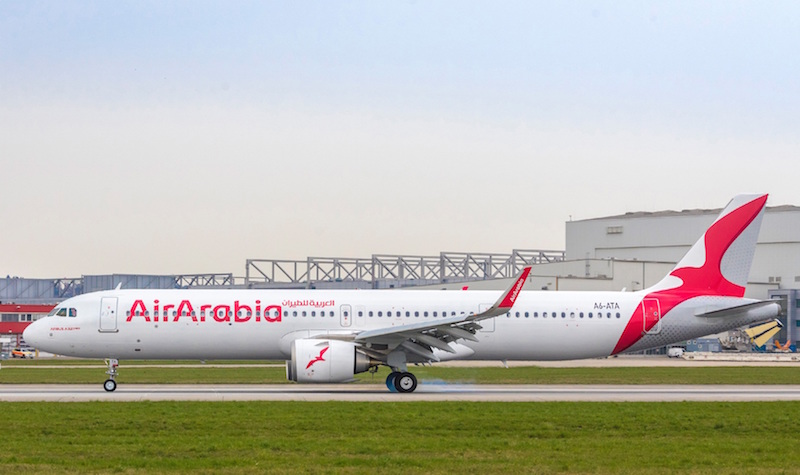 Sharjah-based low-cost carrier Air Arabia reported net profit worth Dhs1bn for 2019, recording an year-on-year increase of 80 per cent, it announced on Sunday.

The carrier posted a total turnover of Dhs4.75bn for 2019, marking a year-on-year increase of 15 per cent, in the wake of strong passenger growth, a statement said.

The average seat load factor – passengers carried as a percentage of available seats – for the full year increased 2 per cent to reach 83 per cent.

The carrier’s board of directors also proposed a dividend distribution of 9 per cent of share capital, equivalent to 9 fils per share.

“Our focus on expanding into new markets combined with improved operational efficiencies has led to another year of sustained growth and profitability for the airline,” said Sheikh Abdullah Bin Mohammad Al Thani, chairman, Air Arabia.

Quarterly results
In Q4 2019, Air Arabia reported net profit worth Dhs199m while its turnover for the same period totaled Dhs1.14bn.

During the last quarter of 2019, the carrier flew over 2.9 million passengers from its hubs in the UAE, Morocco and Egypt, marking an increase of 8 per cent compared to 2.7 million passengers carried in Q4 2018, the statement said.

“While Air Arabia managed to register record fourth quarter and full year 2019 performance; going forward, we remain focused on driving operational efficiency across board, exploring opportunities and ventures that will best serve the airline’s ambitious growth plans  while delivering optimum value to our customers and shareholders,” noted Al Thani.

The carrier also added 16 new routes across its hubs, the statement said.

In the fourth quarter of 2019, Air Arabia signed an agreement with Etihad Aviation Group to launch “Air Arabia Abu Dhabi”, the capital’s first low-cost carrier as well as placed a $14bn order with Airbus for 120 aircraft.

Air Arabia, in its 16th year of operations,  flies to over 170 destinations.