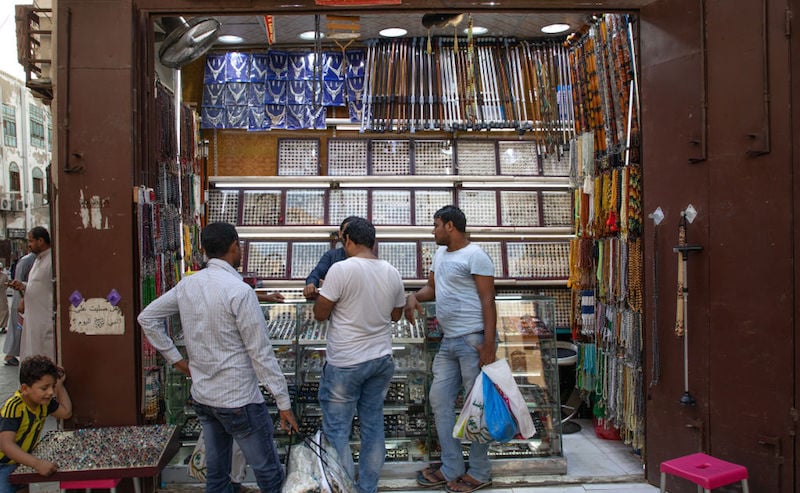 Many shops in Saudi Arabia have been forced to close down during the ongoing Saudisation campaign since they were found to be running under the illegal “tasattur” arrangements, according to media reports.

The ‘tasattur’ practice sees expatriates run the retail businesses in the name of Saudi nationals after paying them a fixed amount.

Around 30 per cent of the shops in sectors where Saudisation is now mandatory have been forced to shut down in the past six months owing to this practice, local daily Al-Madina reported.

Market analysts also told the newspaper that nationalising the retail sector would eliminate up to 70 per cent of all tasattur operations.

Earlier this year, it was reported that many expatriates operating shops under tasattur in Madinah abandoned the businesses after officials warned that those caught violating the rules will face strict penalties including up to two years in prison, a fine not exceeding SAR1m and deportation.

Meanwhile, the Saudi citizen responsible will face a ban from running the same business for five years, and will also be “defamed” with the court verdict published in newspapers.

In a bid to reduce unemployment among its citizens, the kingdom has imposed a strict Saudisation policy in several sectors.

More recently, the country imposed job restrictions in 12 retail roles as part of which those facilities will have to ensure that at least 70 per cent of their staff are Saudi nationals.

The number of expatriates working in the kingdom reduced by close to 3 per cent in the third quarter of 2018, compared to the previous quarter, according to official data released in January.

Research by the General Statistics Authority (GASTA) found that the number of employed expatriates fell from over 9.8 million in the second quarter to over 9.5 million in Q3. That’s down from 10.18 million in the first quarter.