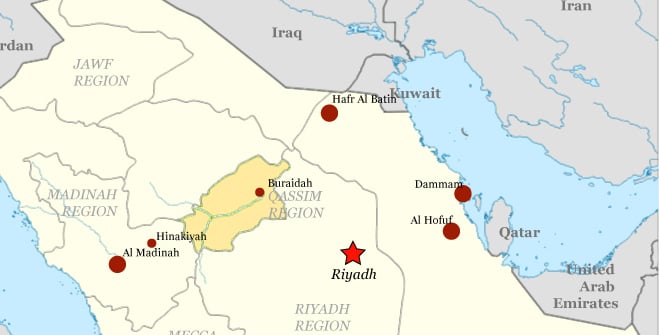 Four people, including a security officer and a resident were killed in an alleged “terrorist” attack at a security checkpoint in Buraidah in Saudi Arabia, the official Saudi Press Agency (SPA) reported.

An official source of the interior ministry said that at 3.45 pm on Sunday, July 8, three “terrorists” in a Hyundai Elantra vehicle Model 2018 fired at the checkpoint located at the outskirts of Buraidah highway in Qassim region.

The situation “necessitated an exchange of fire with them”, which resulted in the deaths of two perpetrators, the report said. The third “terrorist” was injured and taken to a hospital.

The attack also led to the deaths of Saudi staff sergeant Suleiman Abdulaziz Al-Abdullatif and a Bangladeshi expatriate, the report added. No further details were disclosed.

The source told SPA that security authorities are currently carrying out a criminal investigation of the incident. “Results will be announced later”, he added.

In May, it was reported that two men stabbed a traffic policeman to death in the city of Taif and then exchanged gunfire with security forces at a nearby National Guard facility.

Read more: Attack in Saudi city of Taif kills at least one