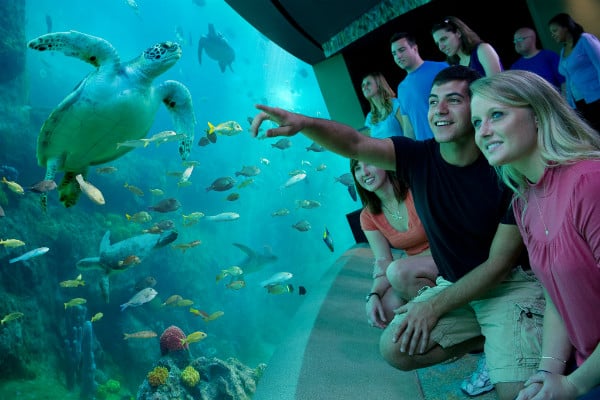 The company’s chief executive Joel Manby was quoted as expressing an interest in the country after meeting with Saudi Deputy Crown Prince Muhammad Bin Salman this week during the royal’s US tour.

“Saudi Arabia has beautiful coastlines filled with marine life and wild animals and it is in need for a tourism push. We are waiting for the opportunity to go there,” Manby was quoted as saying in the Saudi press.

SeaWorld previously planned an adventure park in Dubai in conjunction with the larger World of Discovery theme park. However, the park, which was due to open in 2012, was scrapped in the fallout of the 2008 financial crisis.

More recently, the company said in a May 2015 conference call with analysts that it had signed a deal with a partner to assess the development of a park in the Middle East.

Despite no confirmation of a location the plans were met with some resistance in Dubai, where a petition against the attraction reached nearly 100,000 signatures last year.

PETA and other organisations later protested against the opening of a SeaWorld park in the emirate.

Saudi Arabia has embarked on a push to increase its tourism and entertainment options under the country’s Vision 2030.

Earlier this week US theme park operator Six Flags was also reported to be investigating a potential partnership in the kingdom after executives met with Prince Salman.

However, the operator later denied the rumours with a spokesperson saying it had a GCC exclusive deal with Dubai Parks and Resorts, which recently secured funding for its own Six Flags park.

Theme park operators have shown a renewed interest in the Gulf Cooperation Council in recent years, with two new attractions set to launch in Dubai in 2016 alone.

This will be followed by Dubai Parks and Resorts in October, an attraction with three parks, the Hollywood themed motiongate, Bollywood Park Dubai and Legoland Dubai.