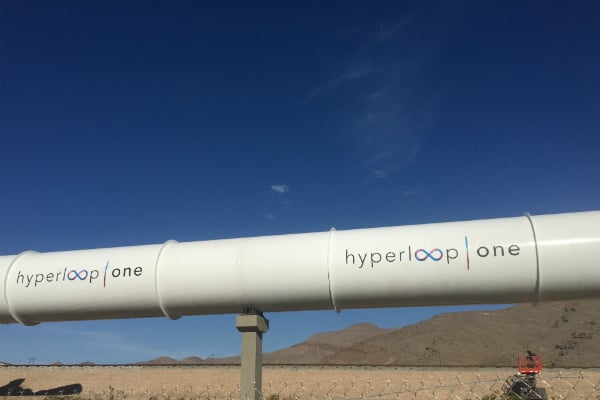 Saudi Arabia’s plans to launch a hyperloop test track will help create 124,000 high-tech localised jobs as well as add $4bn to its GDP by 2030, a study has revealed.

The joint study by Virgin Hyperloop One and Saudi Arabia’s King Abdullah Economic City confirmed that a hyperloop centre of excellence (CoE) could be launched in 2020, subject to approvals.

It may include an integrated test track and a potential manufacturing facility.

“The study highlights that hyperloop is more than a high-speed connectivity for passengers and cargo,” said Sultan Ahmed bin Sulayem, group chairman and CEO of DP World and chairman of Virgin Hyperloop One.

The announcement comes after Virgin Hyperloop One signed a partnership with Saudi Arabia’s Economic City Authority (ECA) in July to study a plan to build the world’s longest test and certification hyperloop track in the kingdom.

At the time, the announcement said the study would look at developing a 35km test and certification track in King Abdullah Economic City (KAEC).

The Virgin Hyperloop One project is part of the kingdom’s diversification strategy via expansion of the transportation sector and urban development.

“Establishing a centre of excellence will drive job creation, connect our cities and people while stimulating R&D and tech investment that will be the foundation of our future economy,” said Ahmed Linjawy, group CEO of King Abdullah Economic City.

Hyperloop systems across the Kingdom of Saudi Arabia will help enable Vision 2030 by nurturing the nation’s innovation and entrepreneurial culture, growing a knowledge workforce, and connecting people across the Kingdom and the region. @SaudiVision2030 @FIIKSA @PIFSaudi @MiskKSA pic.twitter.com/yJm3EQd8PD

Virgin Hyperloop, backed by Dubai’s DP World, is developing technology that uses an electromagnetic propulsion system to accelerate the movement of goods and services through a vacuum tube.