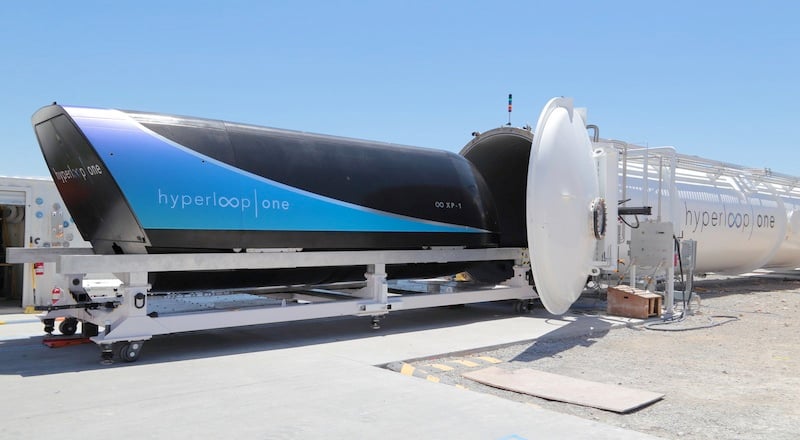 Virgin Hyperloop One has signed a partnership with Saudi Arabia’s Economic City Authority (ECA) to study a plan to build the world’s longest test and certification hyperloop track in the kingdom.

The company is also mulling plans to establish a research and development centre and hyperloop manufacturing facility north of Jeddah, a statement said.

The study will look at developing a 35km test and certification track in King Abdullah Economic City (KAEC).

The project “will create opportunities for the development of specific hyperloop technologies and develop local expertise in Saudi Arabia which be commercialised and scaled”, the statement said.

The study will also facilitate the development of “localised hyperloop supply chains and the acceleration of innovation clusters” across the kingdom, it said.

“Having hyperloop at King Abdullah Economic City is going to act as a catalyst for a Saudi Silicon Valley effect and galvanize our software development, high technology research, and manufacturing industries,” said ECA secretary general Mohanud A Helal.

Virgin Hyperloop, which is backed by Dubai’s DP World, is developing technology that uses an electromagnetic propulsion system to accelerate the movement of goods and services through a vacuum tube.

The depressurised tubes can carry passenger or cargo “pods” at speeds up to 1080km per hour.

Read: Hyperloop One to premiere ride experience at US pavilion in Dubai Expo 2020

Virgin Hyperloop One completed the third phase of testing at its circuit in Nevada in 2017, reaching speeds of 387kmh. Under its roadmap, it plans to begin initial testing at a production level in 2021.