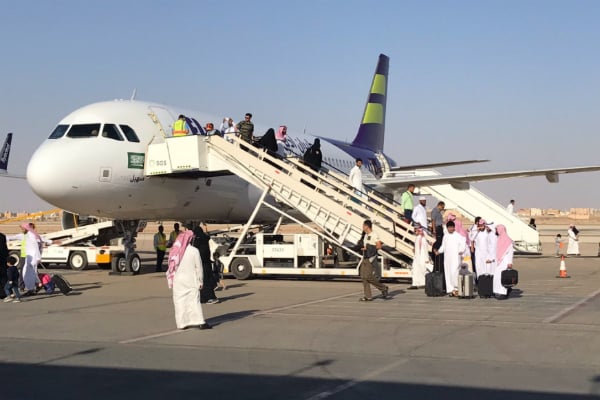 Saudi budget carrier Flyadeal has said it will choose between narrow-body jets made by Airbus and Boeing in October, according to reports.

The plans come after the airline indicated it would issue a request for proposal bids towards the end of last year.

The National cited Flyadeal CEO Con Korfiatis as confirming the airline will select either Airbus A320neos or Boeing 737 Maxs in the coming month in a deal worth around $5bn at list prices.

“There is solid competition between both manufacturers, the next few weeks will be very interesting,” he was quoted as saying.

The new order is expected to meet the airline’s fleet requirements for the next five years as it expands on domestic and regional routes.

“We have been overwhelmed by the number of applications so far,” he said. “We don’t have a quota per say, we’ve got a few more aircraft coming in later this year and we’ll need more crew.”

Flynas said last week it would hire 300 Saudi male and female flight attendants within two years. The airline also plans to recruit women in senior roles including as co-pilots.

Saudi women comprises 30 per cent of the Flyadeal’s non-flight staff.