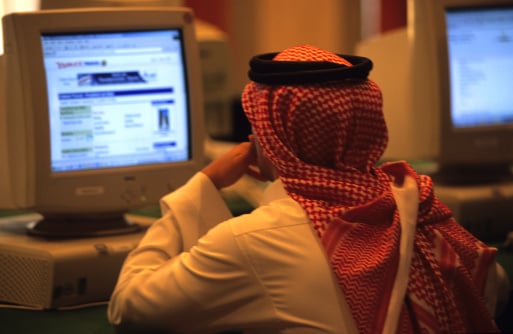 Saudis have been outraged by comments made by ministers describing civil servants as lazy and the kingdom as being on the brink of bankruptcy.

During a debate on the 8 O’clock with Dawood television talk show, minister of civil service Khaled Al-Araj claimed state employees barely turned up to the office for an hour a day.

Deputy minister of economy and planning Muhammad Al-Tuwaijri also warned during the show that the country faced bankruptcy unless austerity measures are enforced.

“If oil prices keep declining and the Saudi government does not take action with economic and austerity measures . . . bankruptcy in the Kingdom is inevitable within three to four years,” he said, according to reports.

He later retracted his comments in Sunday’s episode, stating the use of the term “bankruptcy” was a misjudgment.

Saudis expressed their anger at the statements on social media with several hashtags emerging on Twitter.

Many stated that the one-hour workday comment was an exaggeration and a stereotype of government employees.

Abdullah Al-Ghamdi, a senior legal adviser, told Saudi Gazette that the comment was insulting to employees.

But he said that productive was very low in government departments.

“Instead of bashing the minister for his admittedly inappropriate and untimely comments, why don’t we try to find a solution that benefits the economy,” he was quoted as saying.

Last week, workers at a municipality office in Madinah complained after a new punctuality system was introduced requiring them to register their attendance via a fingerprint scan five times a day.