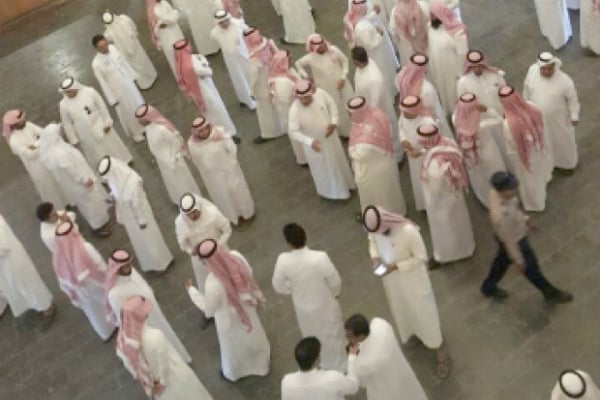 Staff at Madinah Municipality have complained after a new system was implemented requiring them to register their attendance via a fingerprint scanner five times a day.

The new system is designed to ensure punctuality and productivity, Madinah mayor Muhammad Al-Amri, told a local publication, according to Saudi Gazette.

Employees have called for the decision to be reviewed, according to reports.

Al-Amri said that the system was implemented after some employees at Madinah’s mayor’s office and municipality were “not strictly following their working hours”.

“Some of them get out of the office after fingerprinting and come back late, thus affecting the department’s services to citizens and residents,” he was quoted as saying.

“In order to discipline these workers, we had to adopt a new system.”

The system requires workers to scan their fingerprint when they arrive at work, then at 9:00 or 9:30am. Following this, other scans are required between 10:30 and 11:00am, 11:45 and 12:15pm and finally when leaving the office at the end of the working day.

Employees are allowed 10 hours of leeway each month for special situations.

“Many important work at the mayoralty and municipal offices have been delayed due to absence of workers and their negligence. This system was introduced to serve citizens, establish equality among workers and encourage them to follow the kingdom’s regulations,” Al-Amri said, according to reports.

The municipality has an estimated 2,300 workers in the region.