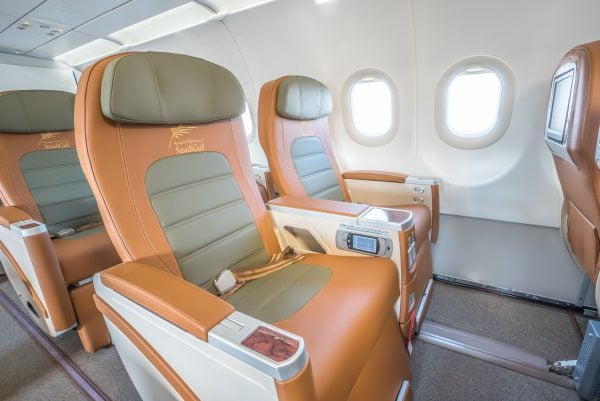 Competition between Riyadh and Dubai is set to intensify with SaudiGulf Airlines launching double-daily flights from March 1.

The carrier is operating a two-class A320 between the two cities, offering 16 seats in ‘BusinessFirst’ class (pictured) and 120 seats in economy. Passengers can access wi-fi on board and chauffeur drive services.

It marks the first international route for the fledgling carrier which launched in October 2016 and has hitherto been building its domestic network with flights between Riyadh, Dammam, Jeddah and Abha.

A conference to announce the route launch will be held in Dubai this evening.

Based in Saudi Arabia’s eastern city of Dammam, SaudiGulf launched in 2016 with domestic flights between Dammam, Riyadh, and Jeddah.

Last year it said it expected to finalise an order for Boeing 777 wide-body jets.