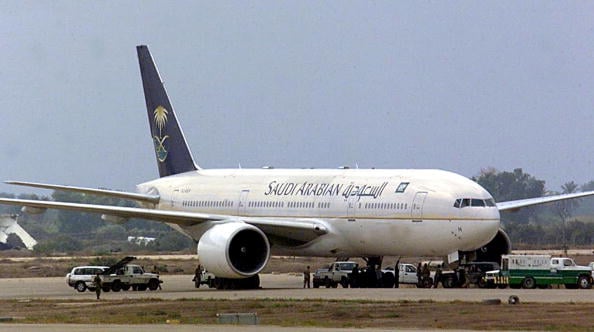 Saudi Arabian Airlines (Saudia) has dismissed a social media rumour that one its flights landed in Israel.

A picture circulated on social media allegedly showed a Saudia aircraft landing at the Ben Gurion Airport in Tel Aviv.

“The photo posted on some social networking sites of a Saudia airplane at Israel’s Ben Gurion Airport is fake and fabricated,” the airline’s spokesman Abdulrahman Al-Tayeb was quoted as saying by local daily Saudi Gazette.

Saudi Arabia has no links with Israel, but a media report last week alleged that the two countries ‘may establish economic connections’.

According to Al-Tayeb, some people used anonymous social media accounts to “spread lies, rumours and exaggerations to harm and defame the airline”.

He added that the picture was reposted by several people without verifying its authenticity, making them also liable to punishment under the law.

The Gulf states have very strict laws governing the use of social media in the region.

Last year, it was reported that ‘invading the privacy of, defaming or harming others’ on social media can carry a one-year prison sentence and a fine of up to SAR500,000 in Saudi Arabia.

Read more: Saudi society warns of $133,000 fine for harming others on social media

Officials in the UAE have also warned people in the country against spreading false information via social media, adding that they can face punishment under law.