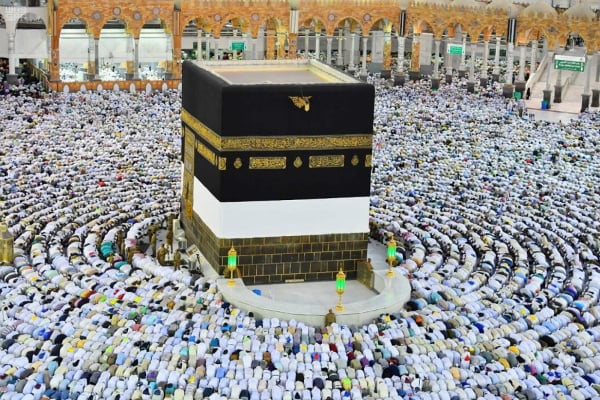 Saudi Arabia is temporarily suspending Umrah for citizens and residents in the kingdom due to the coronavirus outbreak, the Saudi Press Agency (SPA) reported on Wednesday.

The decision will be “reviewed continuously”, and the suspension will be lifted once the situation is under control, SPA quoted an official source at the ministry of Interior as saying.

The Ministry of Interior: #SaudiArabia temporarily suspends Umrah to Makkah and visits to the Prophet’s mosque in Medina for citizens and residents of the Kingdom of Saudi Arabia to prevent the spread of #CoronaVirus

The move is among precautionary measures that the kingdom’s government is taking to limit the spread of the coronavirus Covid-19 and prevent its spread to the two holy mosques, the report stated.

The kingdom also announced that all GCC nationals travelling to/from Saudi Arabia would be required to use their passports – rather than IDs – for travel (except for those who are outside the kingdom and wish to return to it).

Earlier this week, the kingdom’s ministry of Hajj and Umrah said it had set up an online system for pilgrims to collect a refund on their Umrah trips.

Saudi Arabia reported its first case of the coronavirus on Monday.

A Saudi citizen, who came from Iran via Bahrain, tested positive for the virus.

The ministry said that the citizen did not disclose his visit to Iran at the Saudi port.