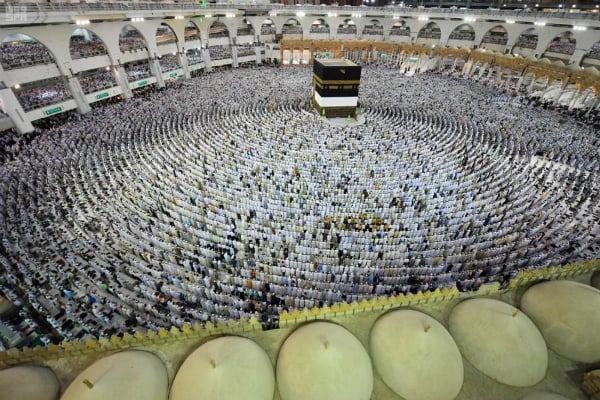 Saudi Arabia’s Ministry of Hajj and Umrah on Sunday said that it had set up an online system for pilgrims to collect a refund on their Umrah trips.

The visa fees and service charges can be collected by visiting the local Umrah agents in the pilgrims’ respective countries.

The ministry added that those who have any enquiries can contact the ministry’s service section at 0096692000281, or via email: [email protected]

On Thursday, Saudi Arabia said that it was suspending all Umrah visas in light of the global coronavirus outbreak.

Hours later, Emirates Airlines issued a statement saying that with immediate effect it was going to begin denying boarding to any pilgrim headed to the kingdom on an Umrah visa.

It is believed that around 7.5 million people perform Umrah every year.

Saudi Arabia has also temporarily suspended the entry of GCC citizens to Makkah and Madinah. However, those GCC citizens who have been in the kingdom for 14 consecutive days and have not shown symptoms of coronavirus are exempt from the ban.

The kingdom announced that all GCC nationals travelling to/from Saudi Arabia would be required to use their passports – rather than IDs – for travel (except for those who are outside the kingdom and wish to return to it).