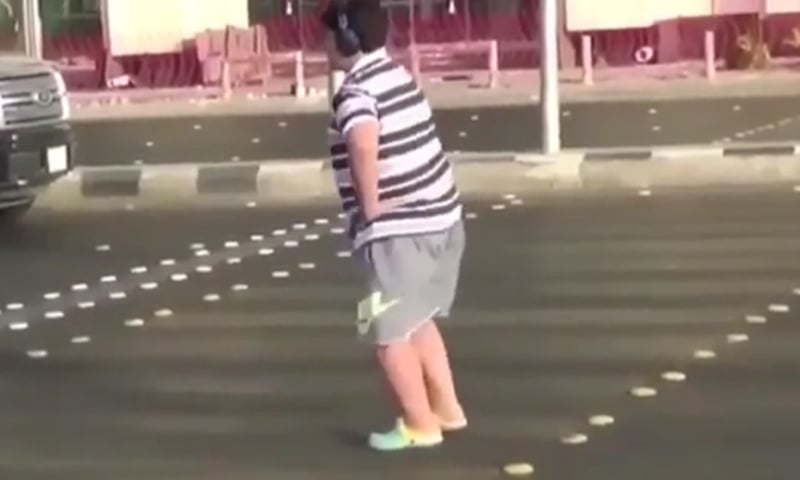 Saudi authorities have arrested a teenager who was filmed dancing to the 1990s hit Macarena on a street in Jeddah.

The 14-year-old was being questioned because he had shown “improper public behaviour” and disrupted traffic, according to a statement from Makkah police.

In the 45-second clip, the boy can be seen crossing the city’s Tahlia Street, a popular shopping street home to many high-end stores.

He stops in the middle of the street and starts performing the famous dance routine in front of traffic.

The clip was understood to have first been posted in July 2016, the BBC reported.

It was not clear whether he would be formally charged.

The arrest comes as Saudi Arabia attempts to project a less conservative image through its Vision 2030 reform programme, with measures such as the establishment of the General Entertainment Authority.

In April, the kingdom announced its plans to build a 334 sq km “entertainment city” south of the capital Riyadh, to feature sports, cultural and recreational facilities including a safari and a Six Flags theme park.

And in January, it held its first large-scale concert in almost seven years – Saudi legend Mohammed Abdo took to the stage before an all-male audience in Jeddah.

However, the kingdom continues to make international headlines for its crackdown on behaviour that is considered in violation of public morals.

She was released without charge after she told investigators the video was posted without her knowledge.