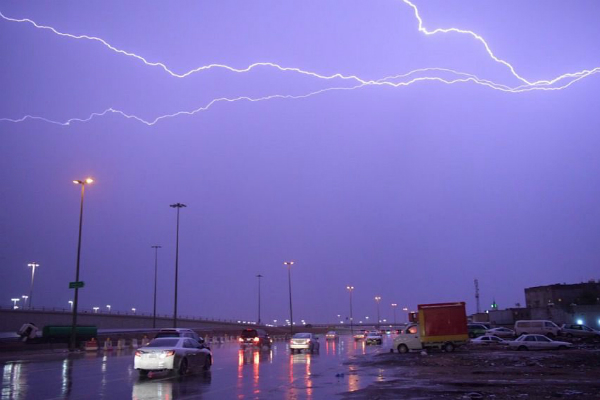 Schools across Saudi Arabia were closed on Sunday as heavy rains and flooding continued to hit the kingdom.

Education authorities in Taif, Makkah, Jeddah and the Northern Border Region announced the closures on Saturday in the expectation that conditions would worsen.

The General Authority od Meteorology and Environmental Protection said on Sunday that thunderstorms and medium to heavy showers would continue in Jazan, Asir, Baha, Makkah, Madinah and Tabuk.

Similar conditions are expected in Qassim, Hail, Jouf, the Northern border, and parts of Riyadh and Sharqia.

The kingdom has endured adverse weather conditions for the past two weeks.

Authorities said last week that at least 14 people had been killed by heavy rains and flooding and hundreds of others were rescued by civil defence teams.