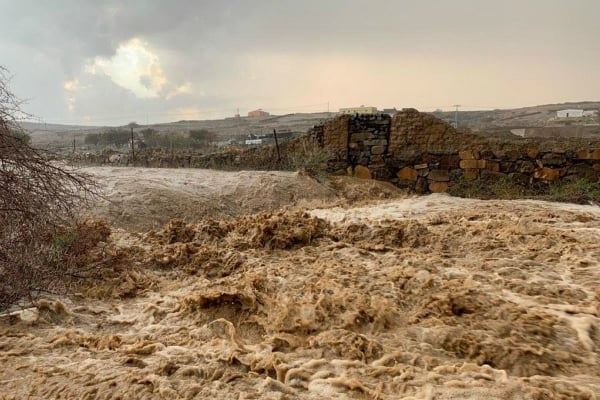 The Directorate General of Civil Defence told Saudi Press Agency that four of the deaths were in Makkah, three in Baha, two in the Eastern Province and one each in Riyadh, Aisr, Tabuk, Jazan and Hail.

In addition, 299 people have been rescued across the kingdom, with the majority (115) located in Makkah region.

The directorate said the majority of cases were people needing to be rescued from their vehicles (282), while a further 88 were evacuated form their accommodation.

Citizens and residents have been urged to take precautions and avoid areas susceptible to flooding and rains.

The General Authority of Meteorology and Environment Protection said thunderstorms, heavy rains and active winds would continue across most of the country on Sunday.

Civil defence offices have received more than 423 reports linked to heavy rains and flooding including 108 in Riyadh, 99 in Makkah and 70 in the Eastern Province.

Rain and flooding has also been reported in the other Gulf Cooperation Council countries as a storm front moves across the region.

Read: Video: Hail, heavy rains in parts of the UAE