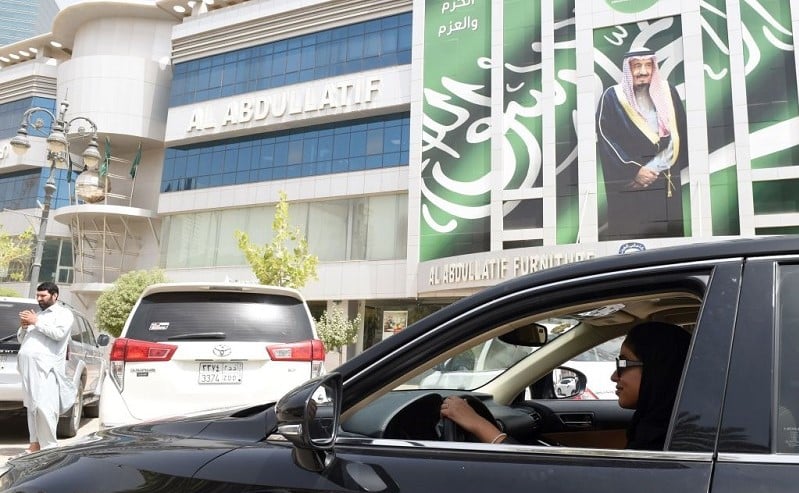 Amid the celebratory end of Saudi Arabia’s ban on women driving on Sunday, some men expressed quiet disapproval of a change they fear will undermine the kingdom’s deeply conservative Muslim identity.

“In Islam, we don’t have this. During our fathers’ and grandfathers’ time, there was none of this women driving,” said Wadih al-Marzouki, a retired government worker in the Red Sea port city of Jeddah.

He said he had advised his three son-in-laws not to let their wives drive. “It is going to be very, very difficult. God help us the first month.”

The world’s last such ban had been justified on a variety of religious and cultural grounds such as the proposition that women driving would promote promiscuity and sin.

One cleric claimed women were not smart enough to drive, while another warned that those who drive risk damaging their ovaries and bearing children with clinical problems.

Just nine months after King Salman announced the policy reversal as part of sweeping reforms to overhaul the economy and open up society, such ideas have not simply evaporated.

Nearly a quarter of Saudis polled in a recent survey opposed lifting the ban. A third of those said they feared it threatened cultural traditions.

Yet criticism remains rare, especially after a crackdown on dissent including the arrests of some 30 clerics, intellectuals and activists last September and more than a dozen women’s rights activists over the past month.

Government supporters say such measures are necessary as the authorities chart a difficult course between liberalising reforms and traditional society.

Some opponents of women driving seem to be coming to terms with the new reality. Cousins Qais and Abdelaziz al-Qahtan object to the decision on a personal level but dare not oppose a royal decree.

“I support it because some families really need to have a female driving,” said Abdelaziz, 26. “But I don’t think a woman should drive if she doesn’t need to.”