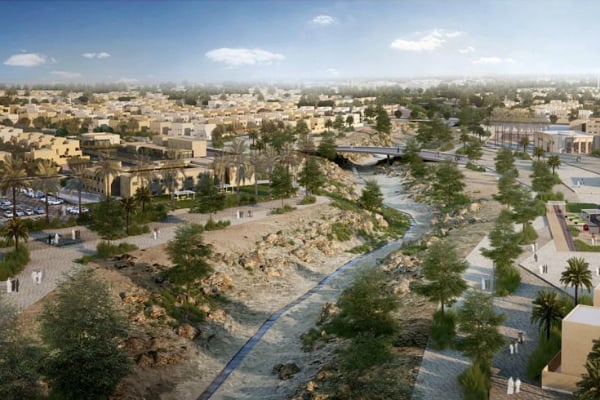 The projects are located in the new city of Taif, to the northeast of the old city in an area spanning 1,250 square kilometres.

They include a new airport, tourism city Souq Okaz, technology, industrial and university zones and a residential area with 10,500 housing units.

The airport, north of Mount Hala, is expected to cost SAR3.13bn ($834.6m) to build and is spread over an area of 48 million square metres.

Consolidated Contractors Company, Aviation Security in Airport Development and Munich airport operator Flughafen München GmbH have been appointed to develop and operate it.

Souq Okaz city is expected to cost SAR8bn ($2.1bn) across all its phases and will include Okaz Museum, Exhibition and Conference Centre, the Arab Poetry Academy, the Okaz Souk itself, an art and creativity centre, Okaz Park, 1250 hotel rooms and 130 new homes.

The private sector is expected to cover 89 per cent of the investment.

The 35-million-square-metre technology zone is being designed under a joint venture between King Abdul Aziz City for Science and Technology and the Morganti Group. It will assemble and manufacture Antonov planes and make solar panels.

Elsewhere, the industrial zone will cover 11 million square metres and include light, medium and heavy industries and a training centre in its $32m first phase and the university area at Sysid National Park will comprise 16 projects worth $530m over an area of 16 million square metres.

The Ministry of Housing said the $160m residential district would cover 12 million square metres and was expected to accommodate 70,000 people.

Housing units will be split between villas, apartments and townhouses.