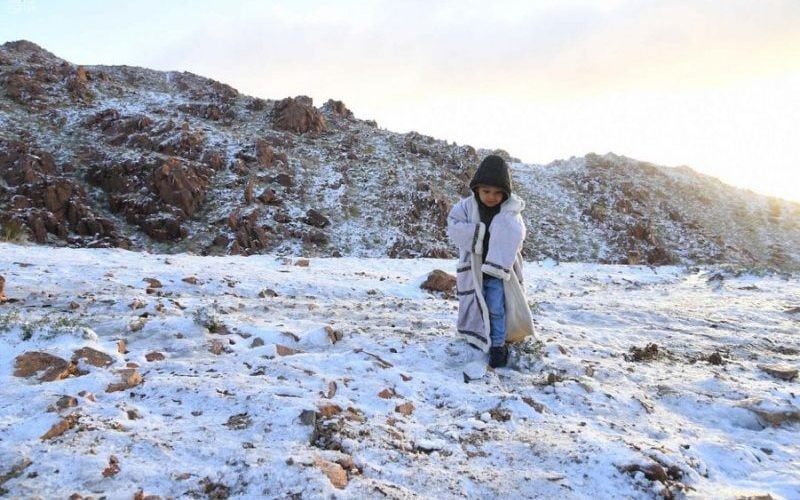 Many regions in Saudi Arabia are expected to witness freezing weather conditions due to plummeting temperatures, officials have warned.

Temperatures are forecast to touch zero degrees in parts of the kingdom, including the northern border region, Al-Jouf, Tabuk and Hail, the General Authority of Meteorology and Environment said.

Parts of Qassim and the northern areas of Riyadh, the eastern province and Madinah will also face cold weather conditions, it said.

Officials urged residents of the affected regions to be cautious when using heating methods and avoid sleeping or staying in closed rooms when firewood or charcoal is lit.

Saudi has been witnessing cold spells this year with parts of the kingdom covered in snow last month when temperatures dropped.

Videos shared on social media showed thick snowfall in regions such as Tabuk.