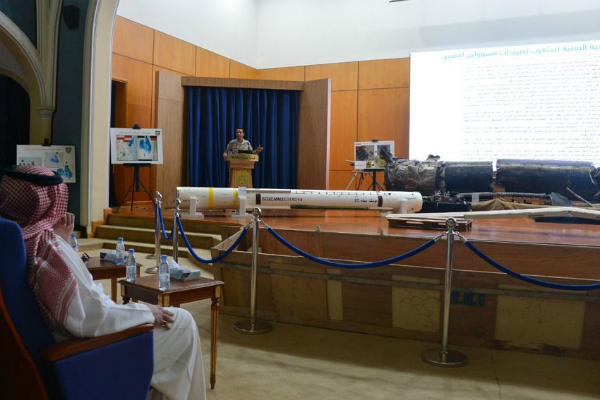 The attack came on the same day Saudi Arabia’s coalition partner in Yemen, the UAE, denied the Houthis had attacked Dubai International Airport with a drone.

It was intercepted before hitting populated areas in the city of Jazan and no injuries were reported.

Al-Malki repeated previous claims, backed by the US, that Iran is providing the Houthis with missile components to attack populated areas of Saudi Arabia.

The kingdom has been targeted by more than 181 missile attacks since entering the Yemen civil war in 2015 to support ousted President Abd-Rabbu Mansour Hadi against the Houthis.

Another attack targeting Najran was reported on Saturday.