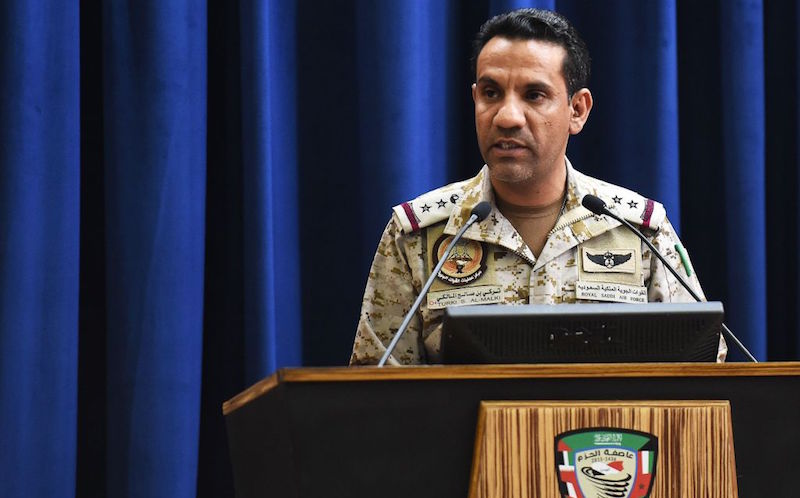 The Saudi-led coalition in Yemen intercepted and shot down a Houthi drone fired towards the kingdom on Sunday evening, the Saudi Press Agency (SPA) reported.

The spokesperson for the Saudi-led coalition fighting in Yemen Colonel Turki Al-Maliki said the drone was fired from Houthi-controlled Sana’a in Yemen.

He said all the attempts by the Houthis to launch drones towards Saudi are “doomed to fail” and that the coalition carries out the operational procedures required to deal with the aircraft to protect civilians.

Two unmanned drones launched by the Houthis towards Khamis Mushait city were also intercepted and shot down by Saudi forces last month.