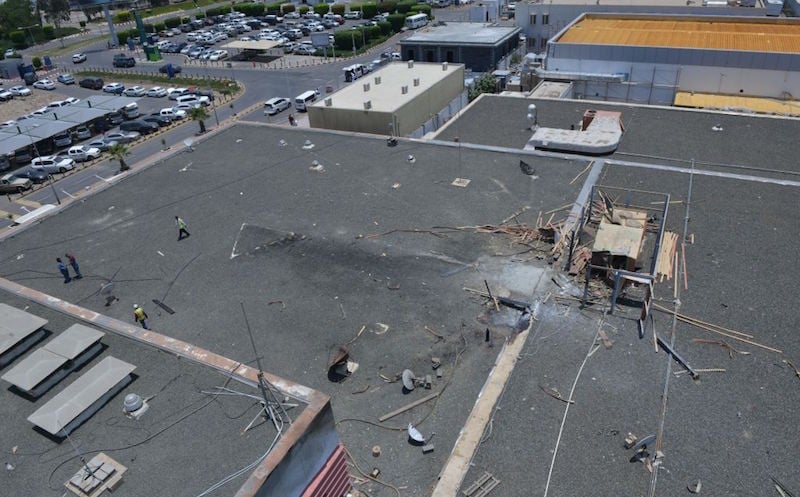 The Saudi-led coalition fighting in Yemen intercepted and downed three drones launched by the Iran-aligned Houthi movement towards the southwestern Saudi cities of Jizan and Abha, state TV reported on Tuesday.

Earlier the Houthis’ Al Masirah TV quoted a Houthi military spokesman as saying the group had carried out drone attacks targeting the King Khalid air base near the southwestern Saudi city of Khamis Mushait and drone hangars at Jizan airport.

“The Houthi militias continue targeting civilians and civilian airports in Abha, Jizan and Najran and continue to threaten regional and international security,” the coalition spokesman, Colonel Turki al-Malki, said in a statement.

The coalition had said earlier it also downed two drones in Yemeni airspace that had been launched towards Jizan.

The Houthis, who are battling the Saudi-led coalition in neighbouring Yemen, have in the past few months stepped up their attacks against targets in Saudi Arabia.

A Syrian resident of Saudi Arabia died last month from wounds sustained in a drone attack on Abha Airport that was claimed by the Houthis.

In response, the coalition has targeted the group’s military sites around the Yemeni capital Sanaa and the port city of Hodeidah.

The Western-backed coalition led by Saudi Arabia and the UAE intervened in Yemen in 2015 to try to restore the internationally recognised Yemeni government that was ousted from power in Sanaa by the Houthis in late 2014.

The escalation of violence threatens a U.N.-sponsored deal for a ceasefire and troop withdrawal from Hodeidah, which became the focus of the war last year when the coalition tried to seize the port, the Houthis’ main supply line and a lifeline for millions of Yemenis.