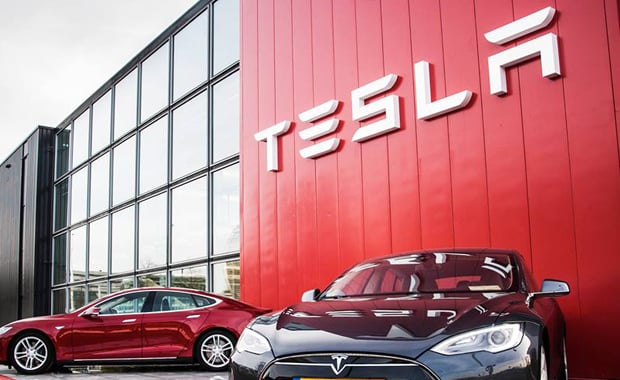 The fund is estimated to have over $250bn in assets. But it is not that simple.

The Public Investment Fund (PIF) has many claims on its resources, both financial and political.

More than half of its assets are tied up in large Saudi companies whose stocks could be difficult to sell en masse.

The PIF has made substantial commitments to other technology companies or investments, including a $45bn agreement to invest in a giant tech fund led by Japan’s Softbank.

Then there’s $3.5bn invested in US ride-sharing firm Uber, the $1bn pumped into Virgin Group’s space ventures, and another $20bn tentatively committed to an infrastructure investment fund planned with Blackstone.

There is also pressure to spend money at home, where a slumping economy has driven unemployment among Saudi citizens to record highs.

“They could handle part of taking Tesla private, but not necessarily a large part of it and certainly not all of it,” a banker at a major Gulf firm operating in Saudi Arabia said.

Musk has not put a formal buyout proposal to Tesla’s board, the company said on Tuesday.

The Tesla CEO has said he does not believe he would need to raise the full $72bn value placed on Tesla by his $420-a-share bid because he expects many existing shareholders – including himself with 20 per cent of the company – to roll their shares into a private Tesla.

The Saudi PIF already holds about a 5 per cent stake in Tesla.

Saudi Crown Prince Mohammed bin Salman, who heads the PIF, is driving to diversify the Saudi economy beyond oil exports by developing new industries. Participation in a Tesla deal could bring Saudi Arabia closer to developing a domestic car industry or playing a role in Musk’s electric battery manufacturing or space activities.

What Prince Salman, PIF managing director Yasir al-Rumayyan and other officials of the fund decide will be crucial to Musk’s take-private effort.

Musk said on Monday that al-Rumayyan had voiced support for Tesla going private and that talks with the PIF, along with other investors, were continuing.

Spokesmen for the fund, as well as Saudi government officials, have so far declined any comment on Musk’s statements. But bankers familiar with the secretive PIF said on Tuesday they had seen no sign yet of it preparing to commit to a Tesla deal.

Those bankers added that although the fund is huge, many of its assets are not liquid and readily available cash is limited.

The PIF said last October that it had some $230bn of assets under management, and analysts think this figure has now probably swelled to more than $250bn, largely as a result of a rise in the Saudi stock market.

But stock exchange data shows $140bn or more of the PIF’s assets are in big Saudi companies such as Saudi Basic Industries (SABIC) and National Commercial Bank .

These could not be monetised quickly without driving down prices in the local stock market, while selling many of them would conflict with another of the PIF’s declared roles, to helps Saudi firms “grow into regional and global leaders”.

Meanwhile, in Saudi Arabia’s illiquid market, selling real estate to raise money does not look like a near-term option.

“The PIF is not nearly as liquid as people might like to think,” an international banker who deals with the fund said.

However, the PIF may get two infusions of cash in the coming months and is seeking to raise between $6bn and $8bn in its first commercial loan, sources have told Reuters, adding that there was no mention of any acquisition linked to the debt.

And national oil giant Saudi Aramco said last month it was working on a possible purchase of a strategic stake in SABIC from the PIF. A complete purchase of the PIF’s 70 per cent holding would give the fund about $70bn.

Bankers expect the Aramco purchase to take at least several months to negotiate, however, and the PIF has already committed itself to large projects planned to stimulate the Saudi economy.

These include a $500bn business zone in the northwest of the country, multi-billion dollar real estate developments in Makkah and Madinah, and a huge entertainment area outside Riyadh.

“If it spends tens of billions of dollars overseas and the domestic economy is still slumping, it won’t look good to some Saudis,” the Gulf banker said.