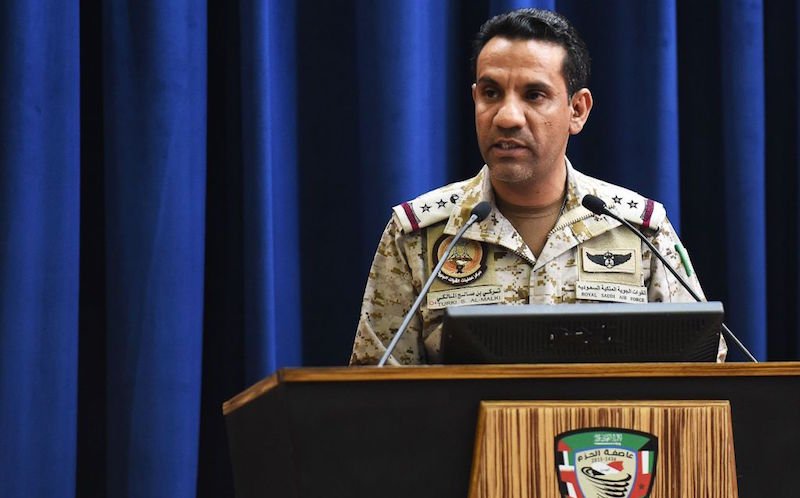 The attacks were launched by the Houthis in Yemen “to deliberately target civilians in the kingdom”, SPA quoted Turki Al-Malki, the spokesman of the coalition in Yemen as saying.

The unmanned aerial vehicles (UAV) were fired from the Yemeni capital Sana’a, he said. The places targeted in the kingdom were not disclosed.

“The joint forces will display their efficiency in handling and foiling these threats through monitoring, destruction and tackling them within areas under the Houthi militia’s control.”

The coalition will continue to “implement and undertake all necessary measures to protect civilians in addition to all operational procedures to put a stop to these terrorist acts and failed attempts”, he added.

In late March, two civilians in Riyadh were “slightly injured” after being hit by the debris of a ballistic missile fired from Yemen.