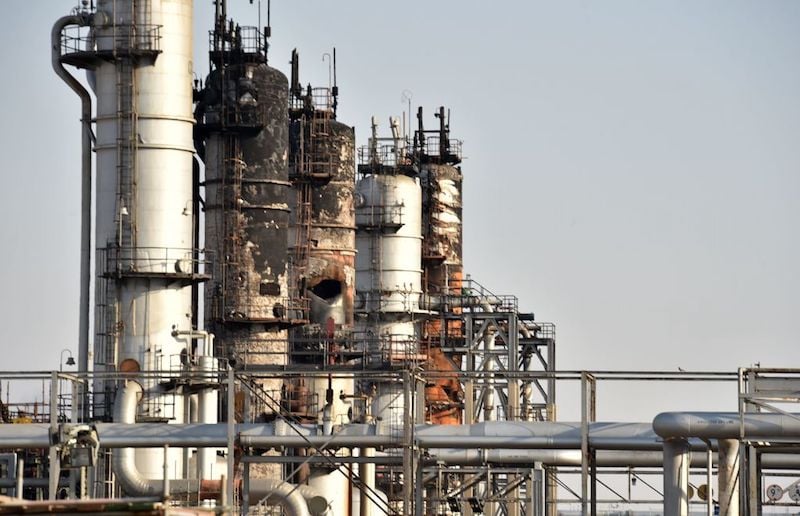 Cruise missiles that slammed into a Saudi oil complex last year likely came from Iran, the United Nations concluded, lending support to US allegations that Tehran was behind a series of attacks that sent tremors through global energy markets and shook the kingdom.

While the UN didn’t go as far as accusing Iran of carrying out the attacks, it found that the weapons used in a series of blasts last year were of “Iranian origin,” according to a report Secretary-General Antonio Guterres sent on Thursday to the Security Council that was seen by Bloomberg.

Guterres also pointed out that “these items may have been transferred in a manner inconsistent with” UN resolutions.

Missiles and a swarm of drones set off fires at the crude processing plant in Afif in May 2019, causing extensive damage and causing a spike in global oil prices.

Houthi rebels in Yemen, who have been battling a Saudi-led coalition in that country’s civil war, claimed responsibility. But once the planning and military sophistication that went into the assault became apparent, suspicion quickly shifted to the Iranians, who have been supporting the Houthis.

“Iran categorically rejects the observations contained in the report,” the Iran Mission to the UN said in a statement on Friday. “The UN Secretariat lacks the capacity, expertise, and knowledge to conduct such a sophisticated and sensitive investigation,” the mission added, noting that the UN report was partly based on US arms seizures.

Investigators analysed the debris of the cruise missiles and drones in that attack, strikes on the Abha International Airport in southwestern Saudi Arabia that June and August and in Abqaiq and Khurays that September.

UN investigators also compared their findings to weapons seized by the US off the coast of Yemen in late 2019 and early 2020.

The engines on the aircraft showed similarities to an Iranian engine designated as Shahed 783, presented by Iran in a military exhibition in May 2014, the UN found.

The findings may help the Trump administration dial up pressure on Iran as it seeks to renew a UN arms embargo on Tehran that’s set to expire this year as part of the 2015 nuclear deal, from which President Donald Trump has withdrawn.

Russia and China have already said they won’t support extending the embargo. Officials including Secretary of State Michael Pompeo are warning the US could reimpose all UN sanctions against Tehran if the embargo were allowed to expire.

The UN Security Council will meet later this month to discuss the secretary-general’s report, which is sent to the council twice a year as part of the 2015 nuclear accord.

At the time, the attacks raised questions about Saudi Arabia’s role as an anchor of stability in global energy markets and exposed glaring vulnerabilities in Saudi Arabia’s defense capabilities despite having spent hundreds of billions of dollars on weaponry.

Iran and Saudi Arabia’s struggle for dominance in the Gulf and beyond has often drawn in the US Trump, after rejecting the nuclear accord negotiated by the Obama administration, has cultivated closer relations with the Saudi rulers while imposing harsher sanctions on Iran.

Tensions flared most recently in January after the US killed a top Iranian general, Qassem Soleimani, who ran the elite Quds Force and oversaw the Islamic Republic’s ties to armed groups across the Middle East.

Earlier this week, Iran sentenced a man to death on charges of providing the CIA and Israel’s Mossad intelligence service with information that led to the killing of Soleimani in a drone strike in Baghdad, according to the country’s judiciary.