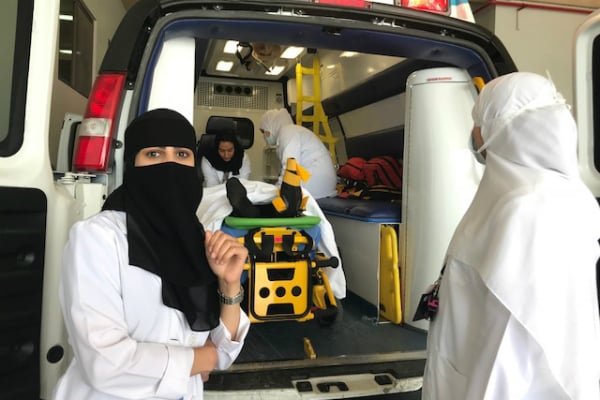 A team of female doctors in Saudi Arabia have launched an all-women ambulance service following the lifting of the kingdom’s driving ban on Sunday.

Al Arabiya English reports that female staff at a governmental hospital in Khobar, East Saudi Arabia, came up with the idea for the ambulance to provide a community service and offer women more privacy.

Paramedics and drivers of the ambulance will respond to emergency calls from women in the Eastern Province and transfer them to hospital in the case of injury or if they go into labour.

Team member Dr Amal al-Sulaibekh said the group are on call around the clock and are using the service as a learning experience.

Women drivers took to the streets of the kingdom after midnight on Sunday to celebrate the historic lifting of the driving ban.