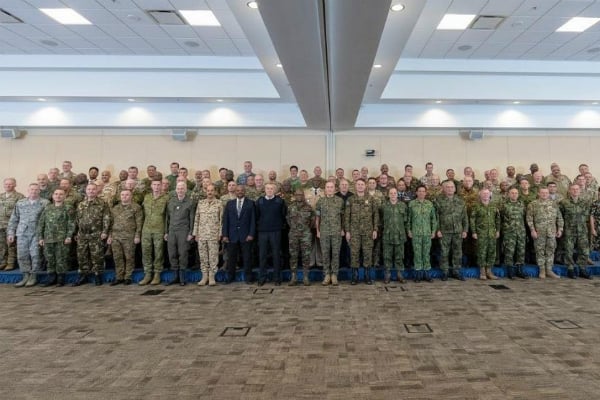 A source at Saudi Arabia’s Ministry of Defence has denied reports that a meeting took place between the kingdom’s chief of staff and his Israeli counterpart.

Israeli media had suggested the two used a conference in the United States to conduct talks.

Saudi Press Agency cited the source as saying general Fayyad bin Hamed Al-Ruwaili attended an international meeting of defence chiefs in the US capital Washington at the Andrews Air Force Base.

However, the source said there was no “bilateral meeting” with Israeli chief of staff Gadi Eizenkot during the October 15-16 meeting, which focussed on ways to combat terror groups.

An official dinner was also held for attendees hosted by chairman of the US Joint Chiefs of Staff, general Joseph F. Dunford.

Saudi Crown Prince Mohammed bin Salman had hinted at cooperation with Israel during several interview conducted on a trip to the United States in April.

Saudi Arabia still does not officially recognise Israel and has stated for decades that normalising relations depends on Israel’s withdrawal from lands captured in the 1967 Middle East war, which Palestine wants to use for its own state.