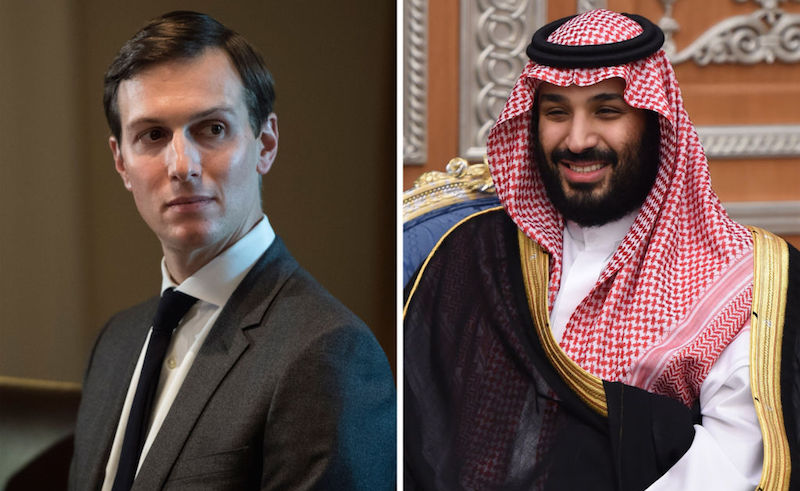 At the meeting, also attended by US Middle East envoy Jason Greenblatt, they discussed strengthening ties between the United States and Saudi Arabia and providing humanitarian relief to Gaza, according to a statement from the White House.

Kushner and Greenblatt have said the plan they are drawing up for building peace between Israel and the Palestinian territories is nearly complete.

The potential for peace was thrown into doubt last month when Trump’s decision to move the US Embassy in Israel to Jerusalem sparked violent protests in which dozens of Palestinians died.