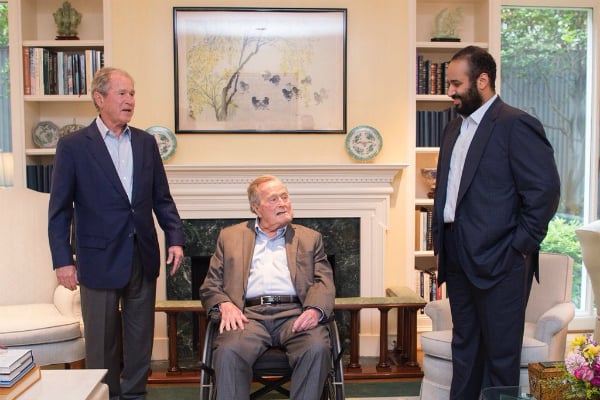 Mohammed bin Salman has met with US President Donald Trump and the country’s business elite over the last three weeks and drawn media headlines with sometimes-controversial media interviews after visiting cities across the country.

On the final leg of his tour in Houston on Saturday, he was shown posing for photos with George Bush Senior and Junior along with former US secretary of state James Baker during a luncheon at the President’s Residence in the city.

The heir to the Saudi throne also toured a neighbourhood of Houston hit by Hurricane Harvey, the costliest US cyclone on record, and met with American former workers of state oil giant Saudi Aramco. 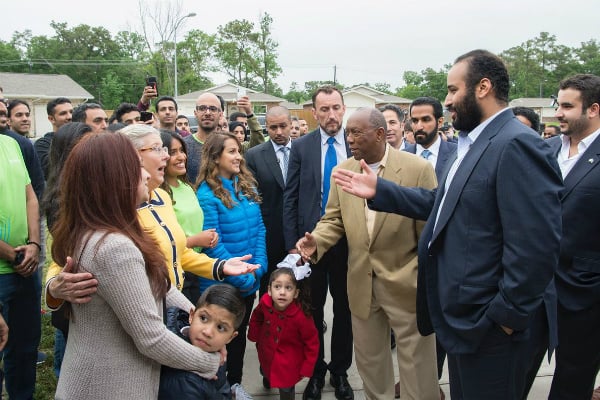 At business events on the same day he signed off on two memorandums of understanding to study investment into an ethylene complex and aromatics complex at Aramco’s US subsidiary Motiva’s Port Arthur refinery in Texas.

Reuters reported that the proposed ethane cracker could produce more than 1.5 million tonnes of ethylene a year. IHS market vice president of global olefins Steve Lewandowski told the newswire that a crack typically costs more than $6bn to build.

An agreement with TechnipFMC has been signed, covering the use of the firm’s mixed-feed ethylene production technologies in the United States to produce 2 million tonnes a year.

Aramco is understood to be considering Honeywell UOP’s technology for the aromatics complex, which would convert gasoline products benzene and paraxylene into 2 million tonnes annually of feedstocks for chemicals and plastics.

Saudi energy minister Khalid al-Falih and US energy secretary Rick Perry were also present for the signings on Saturday. 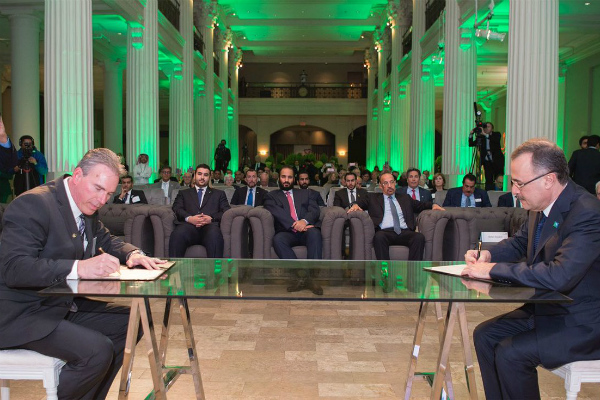 A final investment decision on setting up a petrochemicals plant is not expected until next year “dependent on strong economics, competitive incentives and regulatory support”, according to Aramco.

Last year, the state oil giant said it would also invest $18bn in expanding the main refinery, which can process up to 603,000 barrels of oil per day.

The potential expansion would boost capacity to 1-1.5 million barrels per day Motiva CEO Brian Coffman said, according to Reuters. This could make it the largest facility in the world.

At another event, the crown prince patronised the final design for a new Saudi Basic Industries Corporation (SABIC) headquarters in Houston, which is being built in response to 20 per cent growth in US manufacturing operations the firm has seen between 2013 and 2017, according to SPA.

The proposed building is expected to take three to four years to complete and will include an innovation centre and management offices with a capacity for 1,000 workers. 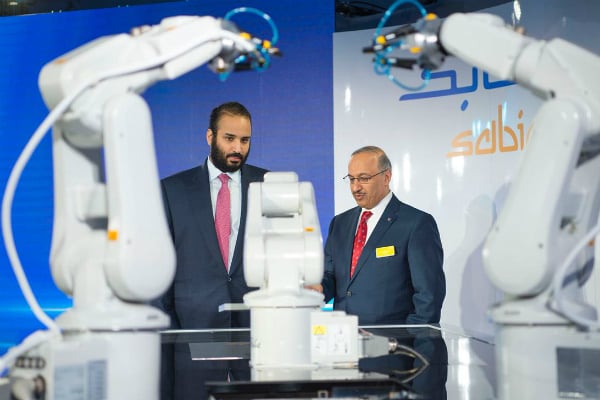 SABIC is currently considering a proposal to build a $9bn petrochemicals plant with an affiliate of Exxon Mobil in Texas that could include an ethane cracker capable of handling 1.8 million tonnes of material per year.

From the US, Mohammed bin Salman will fly to Paris on Sunday for a two-day visit that will focus on the crises in Yemen, Syria and Qatar and the Iran nuclear deal.