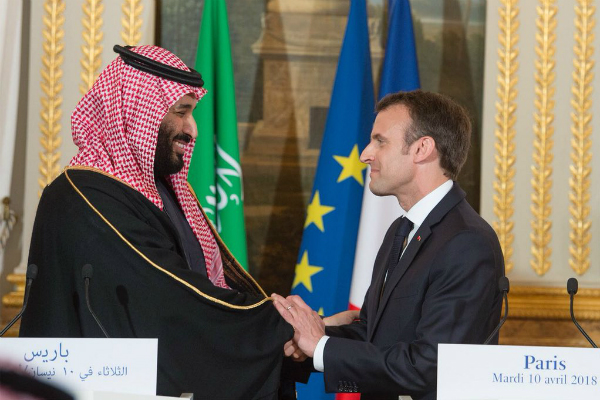 Saudi Arabia’s Crown Prince Mohammed bin Salman has ended his visit to France with $18bn worth of draft deals and new political alignment.

At a press conference at the Elysee Palace in Paris on Tuesday, French President Emmanuel Macron said the two countries shared a “strategic vision” to reduce the projects of “expansionist political Islam” that could feed terrorism.

He also suggested that the two sides had their differences over how to deal with the Iran nuclear deal but agreed on the need to curb Iran’s regional expansion and used the opportunity to defend France’s weapon sales to the Saudi-led coalition in Yemen despite humanitarian concerns.

During the visit, a Yemeni human rights group filed a case against Mohammed bin Salman in a Paris court accusing him of complicity in torture and inhumane treatment in Yemen.

Another purpose of the visit was clearly to show unity over the issue of Lebanon, with Prime Minister Saad al-Hariri pictured alongside the French premier and Saudi crown prince at the palace. France intervened after the official’s abrupt resignation during a visit to the kingdom in November. The resulting political crisis was averted when Hariri later rescinded his resignation upon returning to Lebanon. 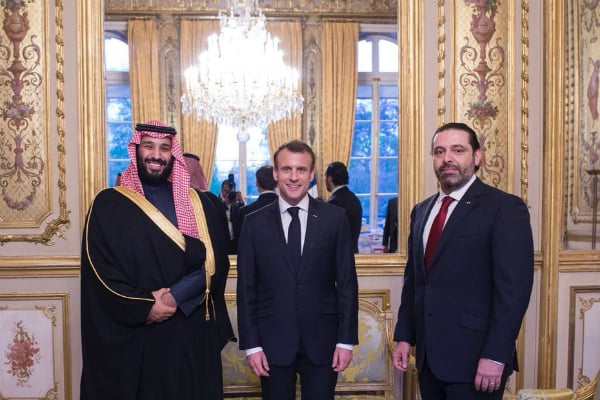 During the three-day visit, Mohammed bin Salman oversaw the signing of $18bn worth of deals, according to the Saudi media.

This came despite initial reports predicting that similar pacts to the billions of dollars worth of deals overseen by the crown prince on recent visits to the United Kingdom and United States would not be signed.

The agreements covered sectors ranging from petrochemicals to water treatment, tourism, agriculture, sustainable development and culture, including pacts to help the kingdom establish its first national opera and orchestra and the joint development of archaeological site Al Ula, the capital of the ancient Lihyanites.

In addition, Macron and the royal discussed a “strategic partnership” that could lead to contract when Macron visits Saudi Arabia by the end of the year.