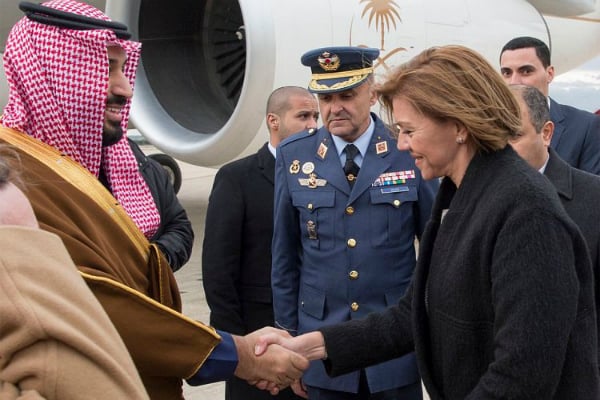 Saudi Arabia’s Crown Prince arrived in Spain on Wednesday for a two-day official visit following trips to the UK, US and France.

The visit, the final leg of a tour that has lasted several weeks, follows an invitation from the Spanish government. Billions of dollars of draft pacts have been signed on each leg of the tour so far.

Saudi Arabia and Spain began diplomatic relations in 1957 and the two have existing agreements spanning bilateral political consultations, culture, higher education and research and languages, according to Saudi Press Agency.

The crown prince was met upon arrival in Madrid by Spanish defence minister Maria Dolores Cospedal.

During the visit he will meet Spain’s King Felipe VI, Prime Minister Mariano Rajoy and other Spanish leaders.

Among the items on the agenda are a luncheon banquet hosted by King Felipe VI at the royal palace in Madrid, talks with the prime minister and minister of defence and the signing of pacts aimed at boosting ties.