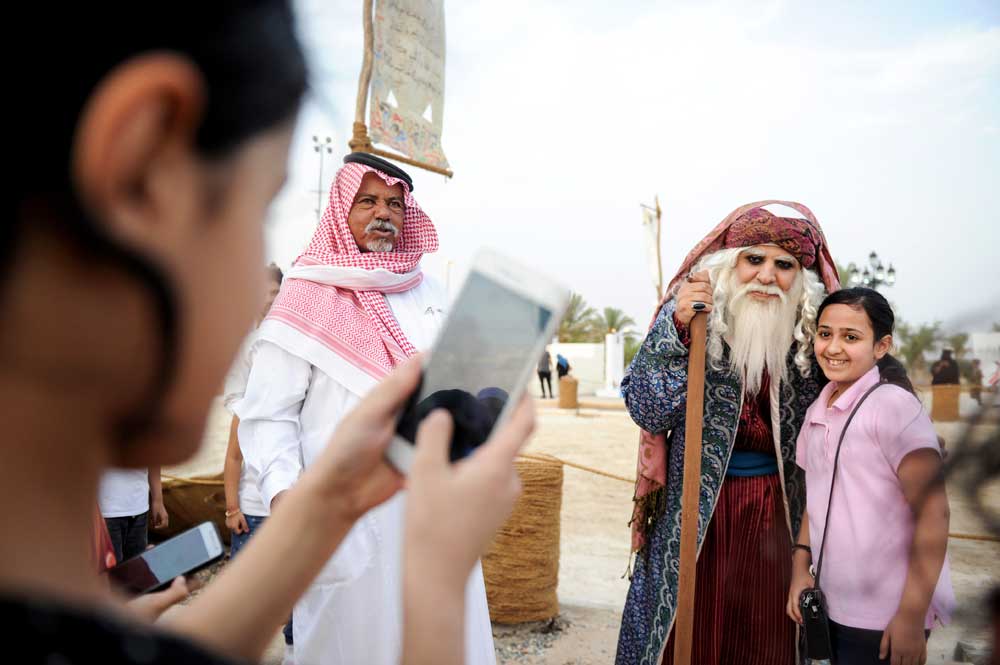 A girl has her picture taken with a historical re-enactor at the Souk Okaz Festival in the Saudi city of Taif on July 19, 2017. The cultural festival, a revival of the ancient Arabian market where merchants gathered and poets sparred, includes horse and camel shows, live performances of historical plays, and displays of fine artwork and handicrafts. Photo credit: Getty Images

The Saudi Commission for Tourism and National Heritage (SCTH) has called on tour operators and agencies to meet a deadline to employ Saudi citizens in leadership positions.

The kingdom has given companies until 5/4 1439H or December 23 to nationalise roles at travel and tourism agencies, including reservation and marketing offices and tour operators, according to Saudi Press Agency (SPA).

SCTH plans to conduct awareness tours across the kingdom to explain the new regulation and the time plan for the localisation of occupations and jobs.

Violators will be penalised from the December deadline.

Under new regulation issued by the Ministry of Labour and Social Development, the head office or branch manager of tourism agencies must be Saudi.

If a Saudi is not in the role then the company must appoint a Saudi assistant followed by a Saudi director within a period of two years from the issuance of the business licence.

Similarly, heads of departments at tourism firms must be Saudi within two years of the licence being issued.

“This also applies to the reservation and marketing offices of tourist accommodation units and tour operators, except that the period of non-Saudi employment for heads of departments, units and departments in these activities is only one year,” according the statement carried by SPA.

The kingdom has moved to limit employment in other sectors to Saudi nationals in a bid to decrease unemployment.